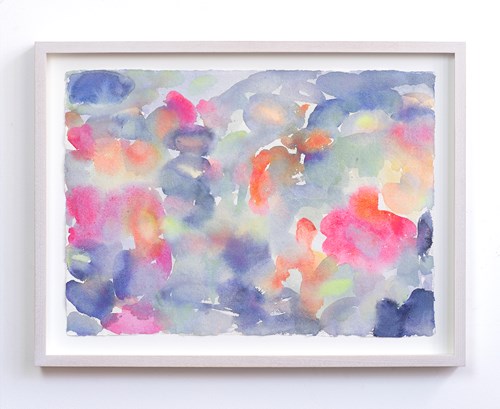 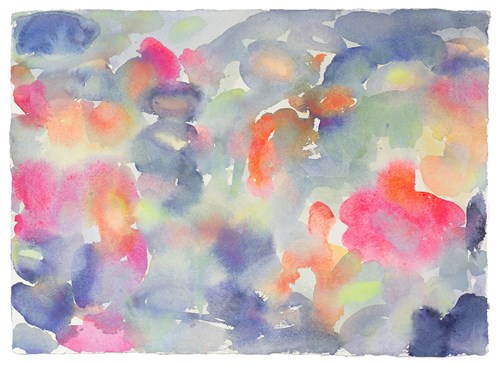 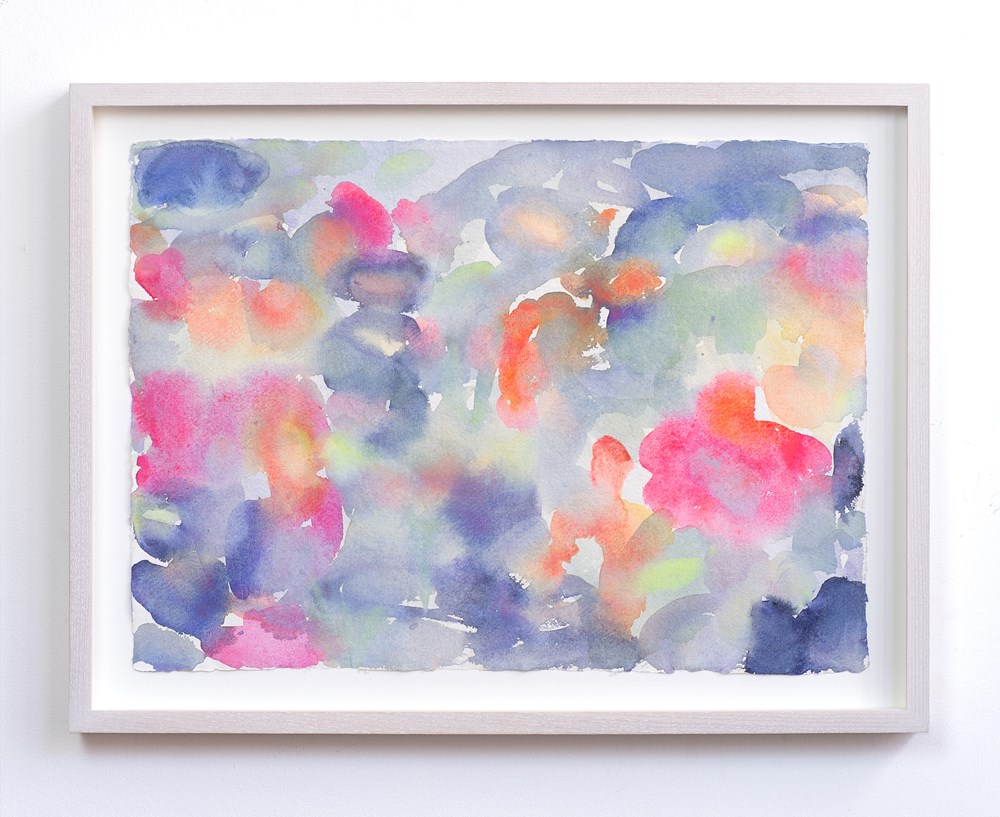 For the Sun Gods (Dahlias) I

Tamsin Relly’s multi-disciplinary practice includes painting, printmaking and photography. Her work reflects on the increasingly disrupted environmental conditions of a shifting global climate, and considers the erasure and construction of wilderness, whether for industry or leisure. Recent projects explore the preservation of arboreal and botanical environments through conservation, urban parks, and memory – be it personal, collective or held within the land.

About For the Sun Gods (Dahlias) I Tamsin says, “Dahlias first fully drew my attention whilst visiting a kitchen garden in the countryside this past summer, between pandemic lockdowns. The petals and tubers are edible, they grow in an impressively diverse range of design and colour and bloom generously through summer into autumn. Over the past few months, I have been exploring them as a subject in both painting and printmaking. In this watercolour, For the Sun Gods (Dahlias) I, their form breaks down and loses focus, whilst the colours in the work retain the vibrancy first impressed on me.

While Dahlias have become a widely celebrated species - the pride of flower shows and domestic gardens worldwide - I learned that they are indigenous to the mountain regions of Mexico and Guatemala. The wild flowers were first cultivated by the Aztecs, who are said to have associated them with the Sun Gods. This got me reflecting about how in a globalised age of dispersed culture, flora and fauna - how easily we can lose touch with the origins of things. And I wanted to acknowledge that in this work."

Drawing on both found media imagery and first-hand observations, Tamsin works with the fluid and unpredictable qualities of her materials and processes to present impressions of natural and urban spaces in states of uncertainty or impermanence. As part of her research, she has visited and studied diverse locations such as Svalbard in the Arctic Circle, The Eden Project in Cornwall, and the fabricated oasis of the Las Vegas Strip.

Tamsin's work has been exhibited and collected widely in the United Kingdom and internationally, appearing in group exhibitions at The Royal Academy of Arts, The National Maritime Museum and Oliver Projects in London; SMITH, Cape Town and Galerie Rue Visconti, Paris.

Her work is held in collections such as the National Maritime Museum, Hogan Lovells and Dentons in London, and Spier and Ellerman House in South Africa. She has had solo exhibitions hosted by The House of St Barnabas, The Place Downstairs and Brocket Gallery in London. Artist residencies include Arteles, Finland (2016), RE·THINK: Environment, National Maritime Museum, London (2015), Pocantico, Rockefeller Brother Fund, New York (2015), and The Arctic Circle, Svalbard (2014). Tamsin has been commissioned by award winning charity Hospital Rooms to create permanent installations for inpatient mental health units in the UK. 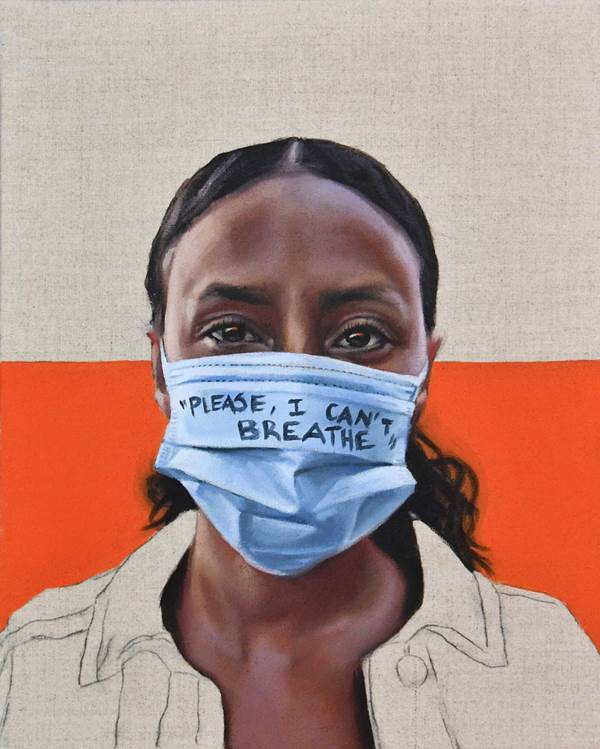 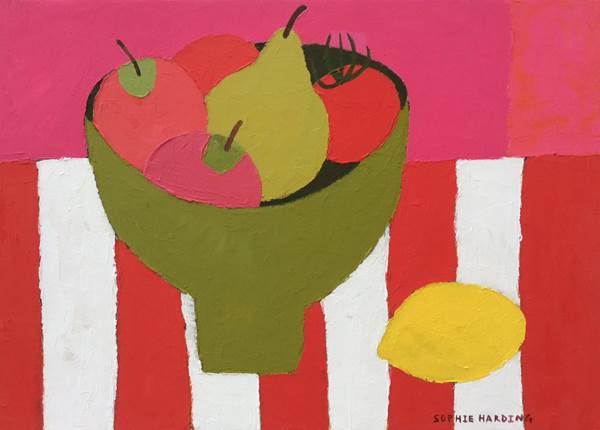 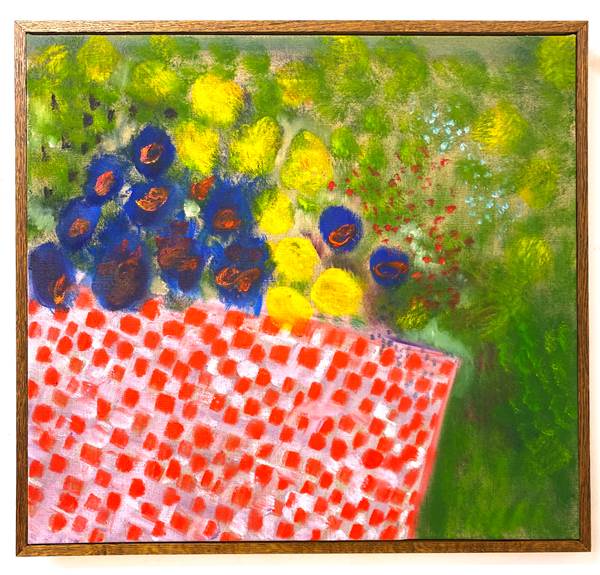 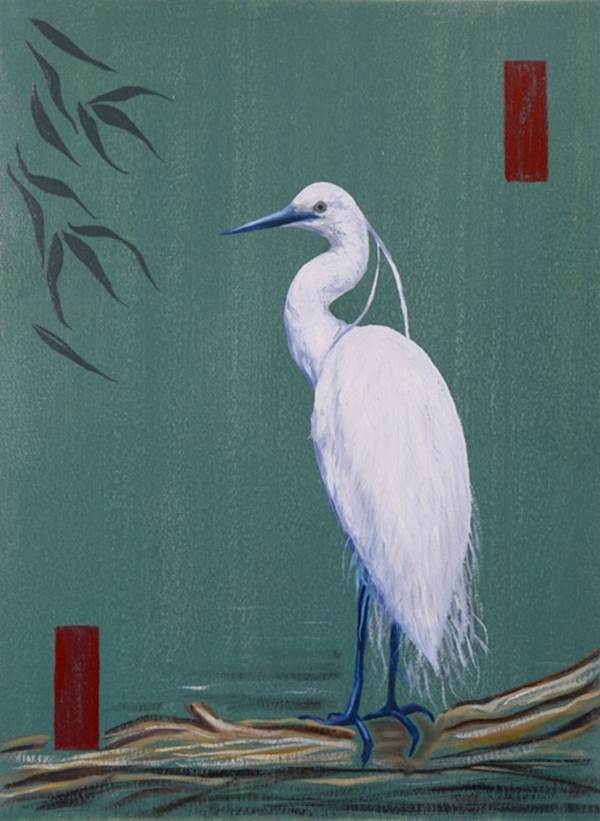