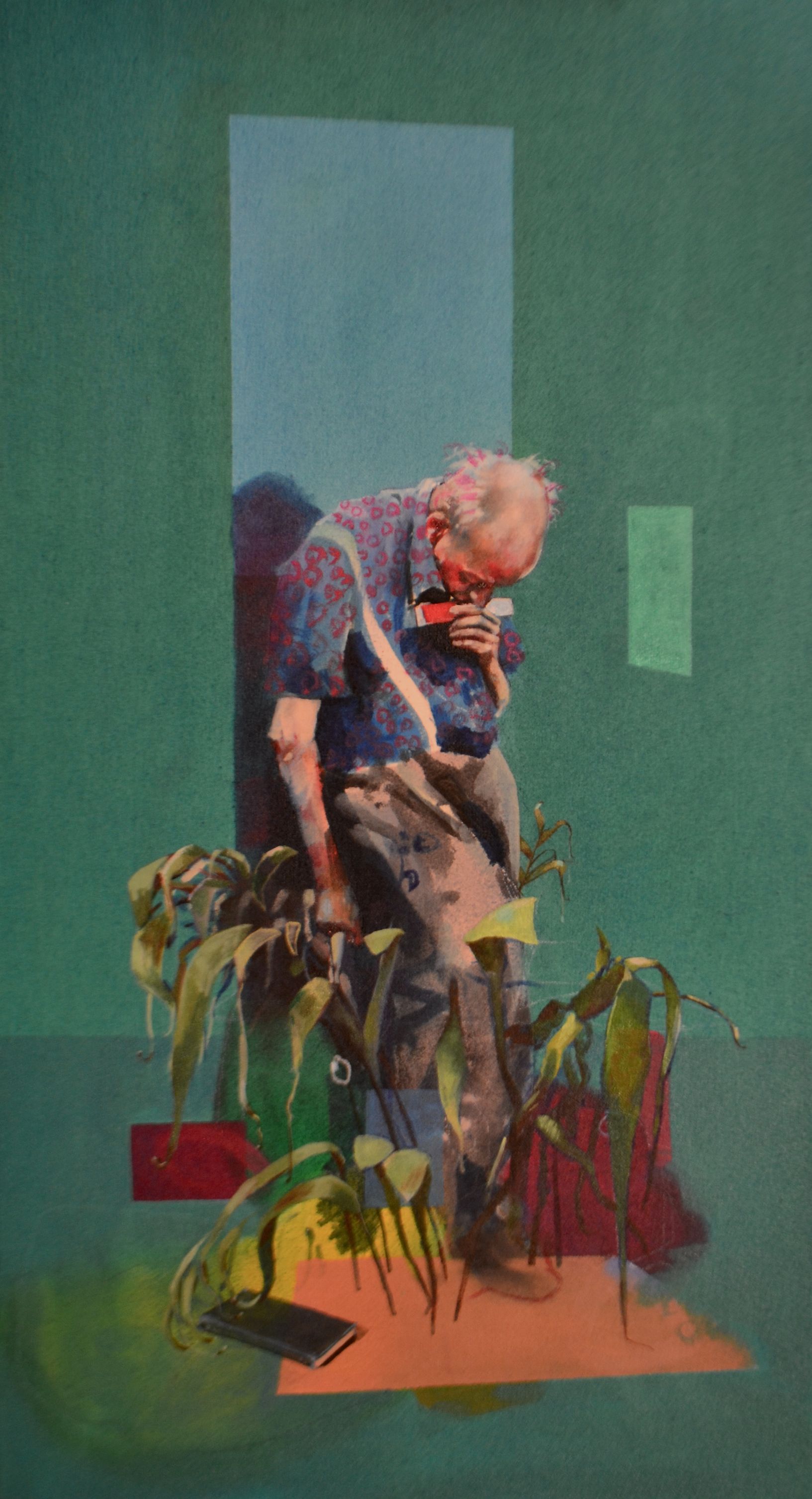 Bartholomew, a talented professional figurative artist, sadly died, aged 30, in December 2019 from a low-grade glioma, a brain tumour. Despite living with the tumour for nine years, Bartholomew had extraordinary zest and energy, hurling himself at every opportunity with indifference to his condition. Such was his approach that many, with whom he worked closely, had no idea of his condition. His work habitually grew out of literature and his family have kindly donated a signed print of the painting 'What Branches Grow' from Bartholomew's first solo show at the Fine Art Society that drew inspiration for this show from T.S. Eliot's The Waste Land.

Born in 1989 Beal was brought up in Cheltenham in a literary family, with both of his parents working as English teachers. He first studied at the University of Gloucestershire for his foundation and then moved to London to complete his fine arts degree at the Wimbledon College of Art, graduating with a First Class and the Landmark Prize in 2012. Following this Beal was awarded the Jonathan Vickers residency in the same year, which resulted in his solo exhibition at Derby Museum and Art Gallery in 2013. Subsequently he became the youngest artist ever to have staged a solo exhibition at the London Fine Arts Society in 2014, followed by two other solo shows in 2016 and 2017.