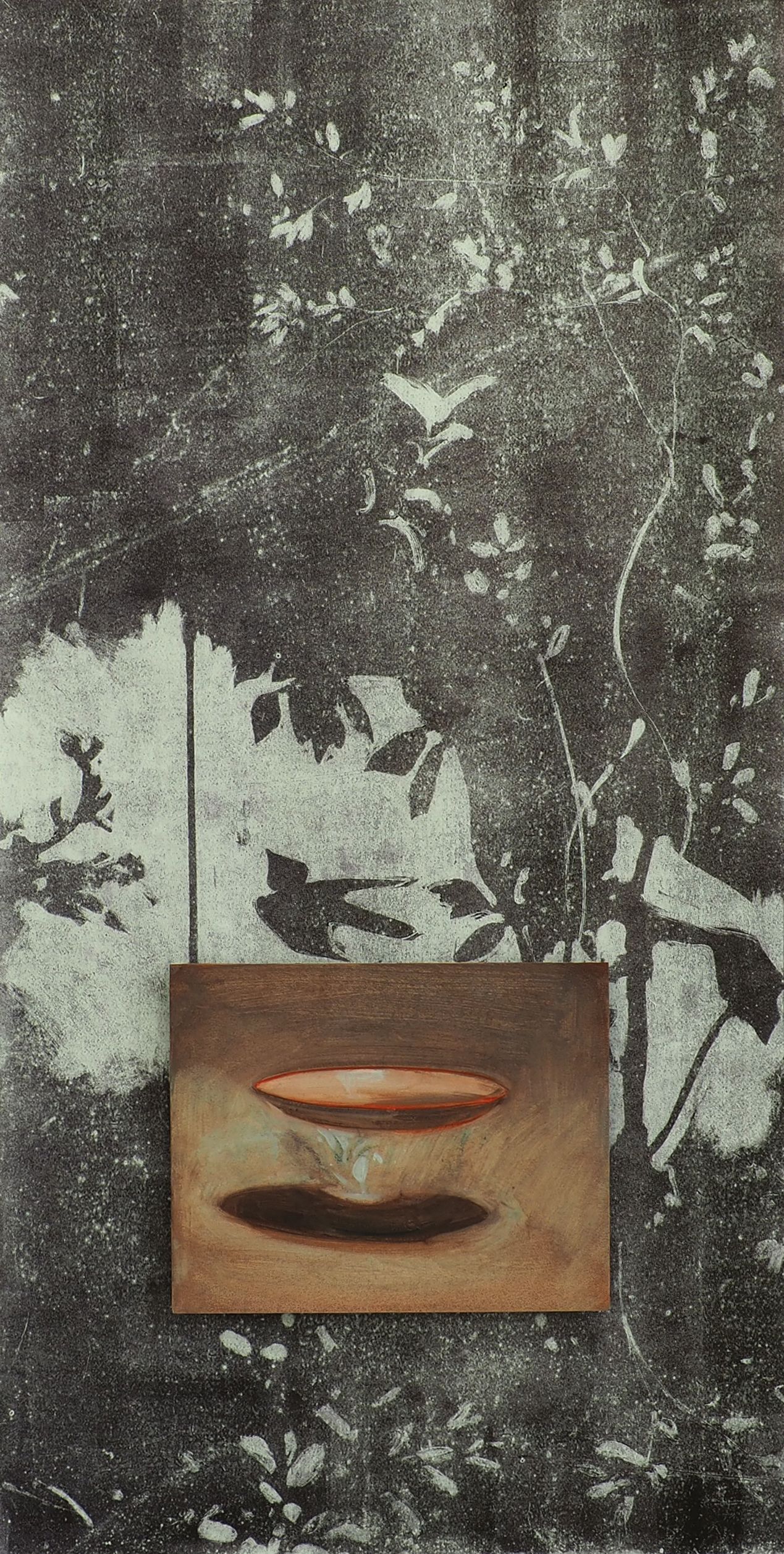 Signed and dated (on the reverse of the frame)
Monoprint on Bible paper and oil on board
90 x 65 cm.
Created in 2019

A monoprint and painting artwork created by the award-winning artist Eleanor Watson whilst on a residency with the Royal Drawing School at Dumfries House in Ayrshire, Scotland.

The work is part of the artist's 'Case' series of framed works, in which the Eleanor used monoprints as the mount upon which to hang paintings. Like encapsulating a section of wallpaper, and a floating image.

It was on the Scottish residency that Eleanor became enchanted by the Dumfries collection of Chinese porcelain.

"Chinoiserie remains embedded in a ‘British’ aesthetic and it was interesting to spend time thinking about symbols of exoticism and empire whist enjoying their form and colour and a kind of romantic escape."

However, at the heart of Eleanor's practice lies an ambivalence towards- the very spaces and objects that she depicts. Recurring motifs of heritage and tradition are represented in an elegiac tone, in order to suggest a whimsical escape into the English stately home. Dealing with forms of commonplace, middle-class aspiration and desire, the work reflects upon what these spaces symbolise.

"The inescapable presence of the history of Empire and the colonial past is starkly at odds with the romantic enjoyment of the works ornate images and surface. By layering images and materials, I aim to create work that explore my ambivalence towards my chosen subject matter. I want the viewer to be initially seduced by what they encounter, and for this attention to become more uncertain as they engage more deeply with different layers- meaning - of the work." Estimate:£450 - 700
Be the first to hear about available artwork Sign up to the newsletter