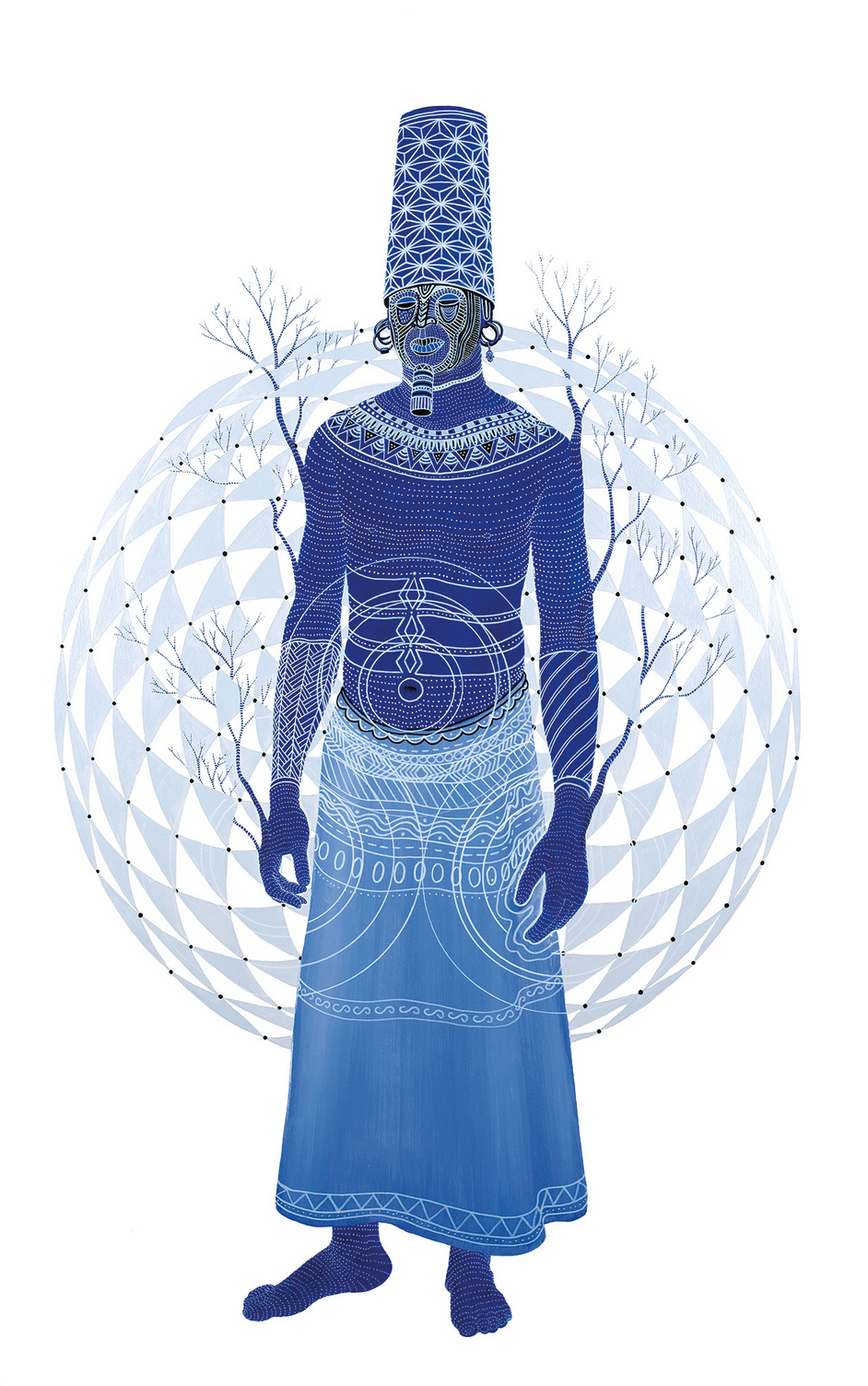 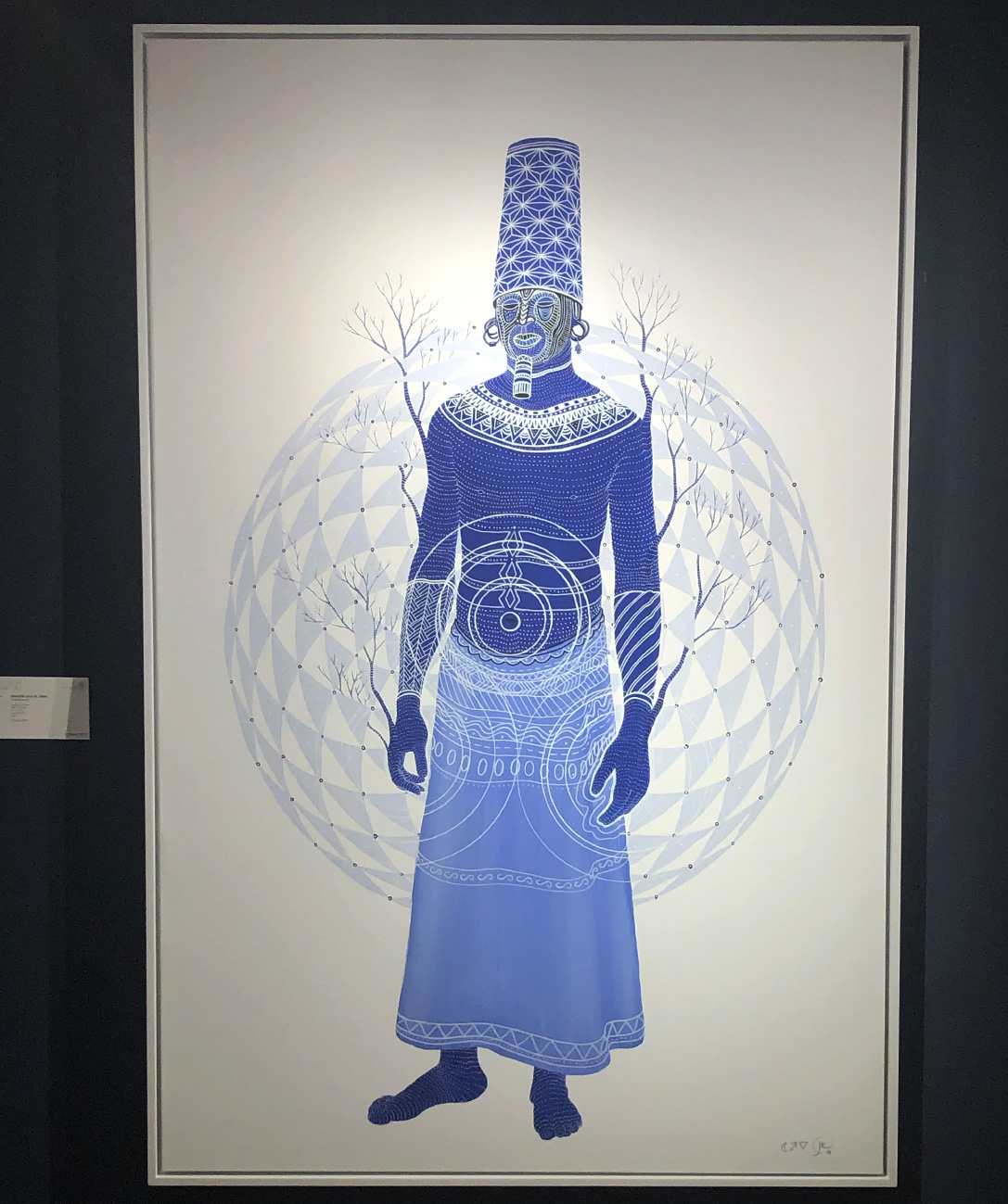 Joaquín Vila is constantly investigating the connection between humans and the natural world, particularly considering the processes of transformation, fusion and symbiosis that occur in nature.

Neoshaman III captures the integration of Suﬁsm, ancient Egypt and the Dogons. It is part of a series on Neoshamans that represent the syncretism of the 21st century, a union between cultures and all paths of wisdom. The lines and dots translate the vibrations, energy, and electricity that runs through every living being, creating an optical e!ect of subtle movement, almost imperceptible, but present.