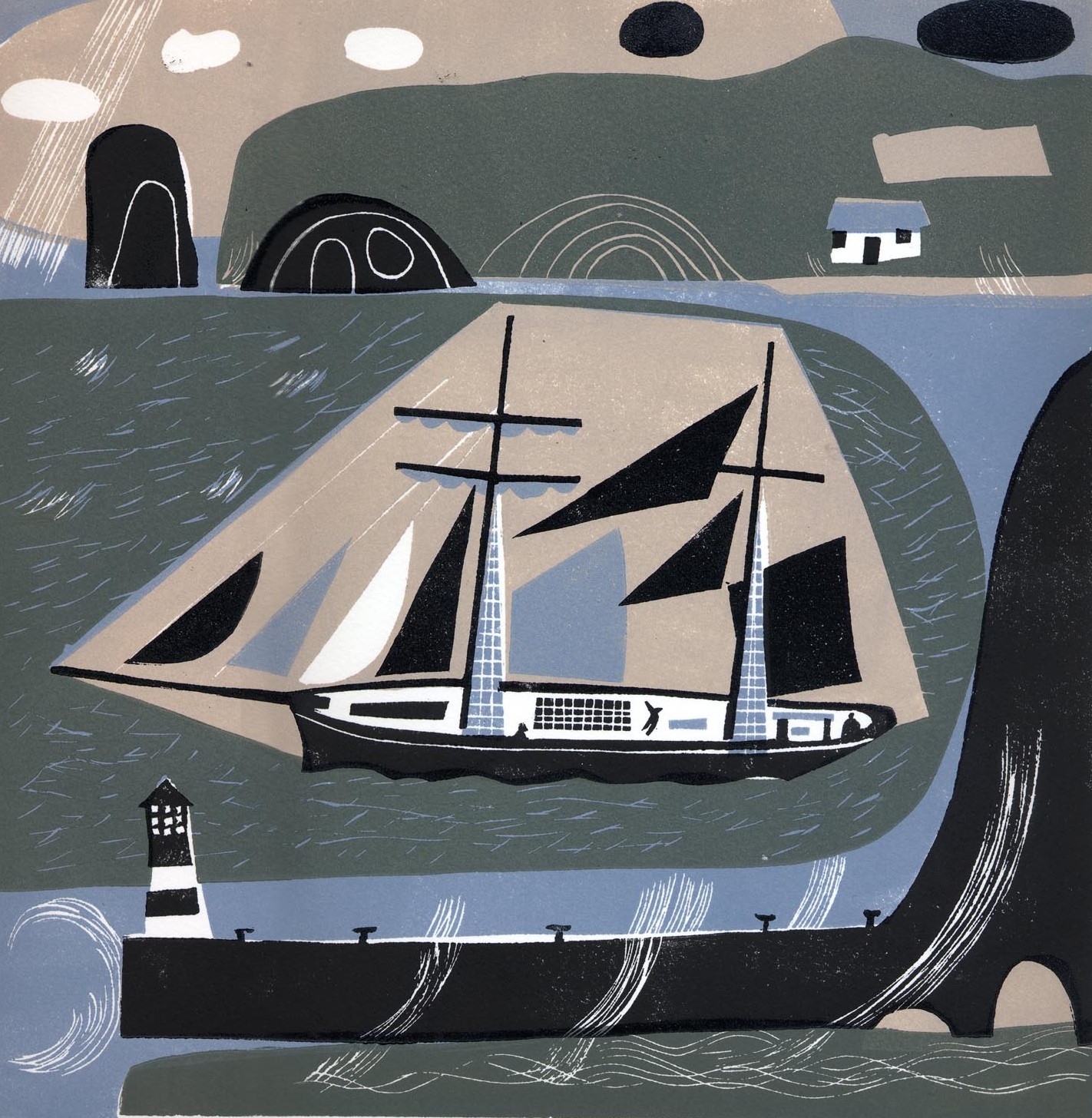 Melvyn Evans is an accomplished printmaker and illustrator who has study in various established institutions across the U.K: Beginning at Camarthen Art College in South-West Wales, Melvyn later moved to Exeter where he completed a degree in Illustration before studying at Goldsmiths College in London. It was during this time in London that the artist took up drawing classes at the Royal College of Art under the tuition of the Royal Academician Bryan Kneale RA. Since the early 1990s, Melvyn’s artwork has been widely exhibited, including in the Royal Academy of Arts, Royal College of Art and Somerset House.

As can be seen in the artist’s images, Melvyn is fascinated by the connections between aural traditions and the British landscape. His work explores the sense of prehistory in old place names, early monuments and timeless scenes – like the coastal activity and community around the British shoreline. This sense of nostalgia for the past is reflected in the linocut print medium.

In the artist’s words: “You are limited in colour to the number of blocks, each colour has to work in the composition and it takes a lot of thinking about the way colour is going to balance. I have done six, two or three, so four is an average number. But I like those constraints because they force you into a sort of form and you have to make decisions. A lot of linoprint artists use a key block to hold the composition together. A key block is almost the outline. But I like to use shapes.” 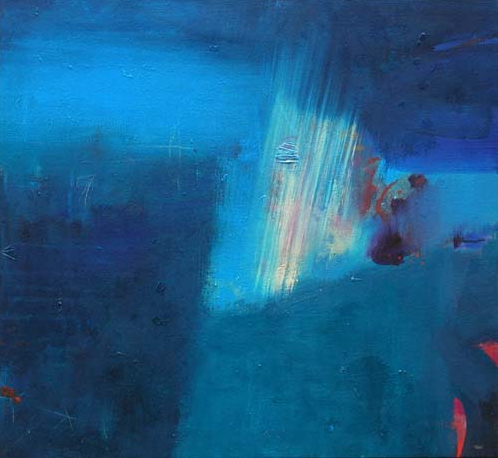 Estimate:£220 - 320
Be the first to hear about available artwork Sign up to the newsletter