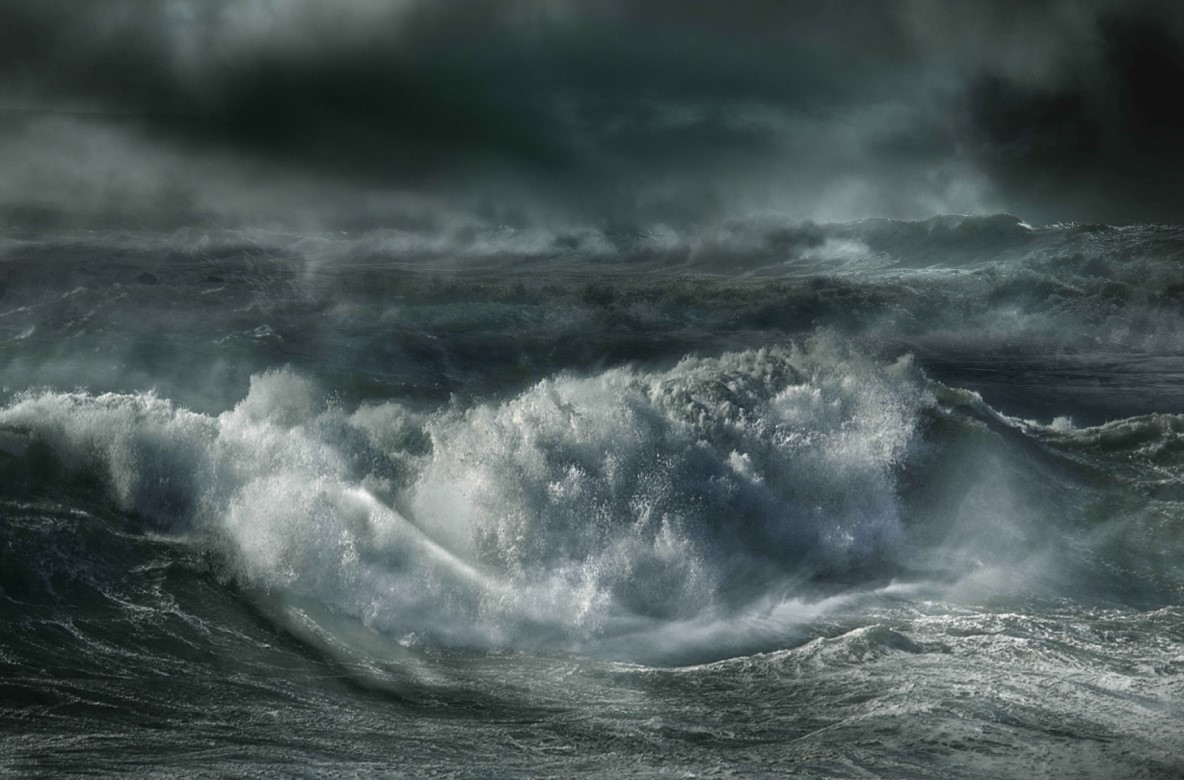 This photograph, by the Cornish photographer Chris Tuff, was taken at Berepper beach in Cornwall during storm Ophelia in 2017 – one of the worst storms to hit the U.K. in 50 years.
Jutting out on the Lizard Peninsula, Berepper beach took the full force of the storm as it battered the Cornish coastline. The artist recalls:

“The wind was so strong that I could barely stand and within seconds my lens was coated in salt-spray so this was one of only three shots taken before the heavens opened.”

The resulting picture captures the storm in the midst of its dramatic tantrum: a relentless line of waves rear at irregular angles all the way to the horizon, the water turns a menacing charcoal and white, and the sky disappears behind a rolling blanket of apocalyptical clouds.

Chris Tuff works internationally and has had his artwork exhibited across the globe. His photographs will next be exhibited at the 5th Biennial of Fine Art and Documentary Photography in Barcelona in October 2018. Estimate:£2,500 - 3,500
Be the first to hear about available artwork Sign up to the newsletter