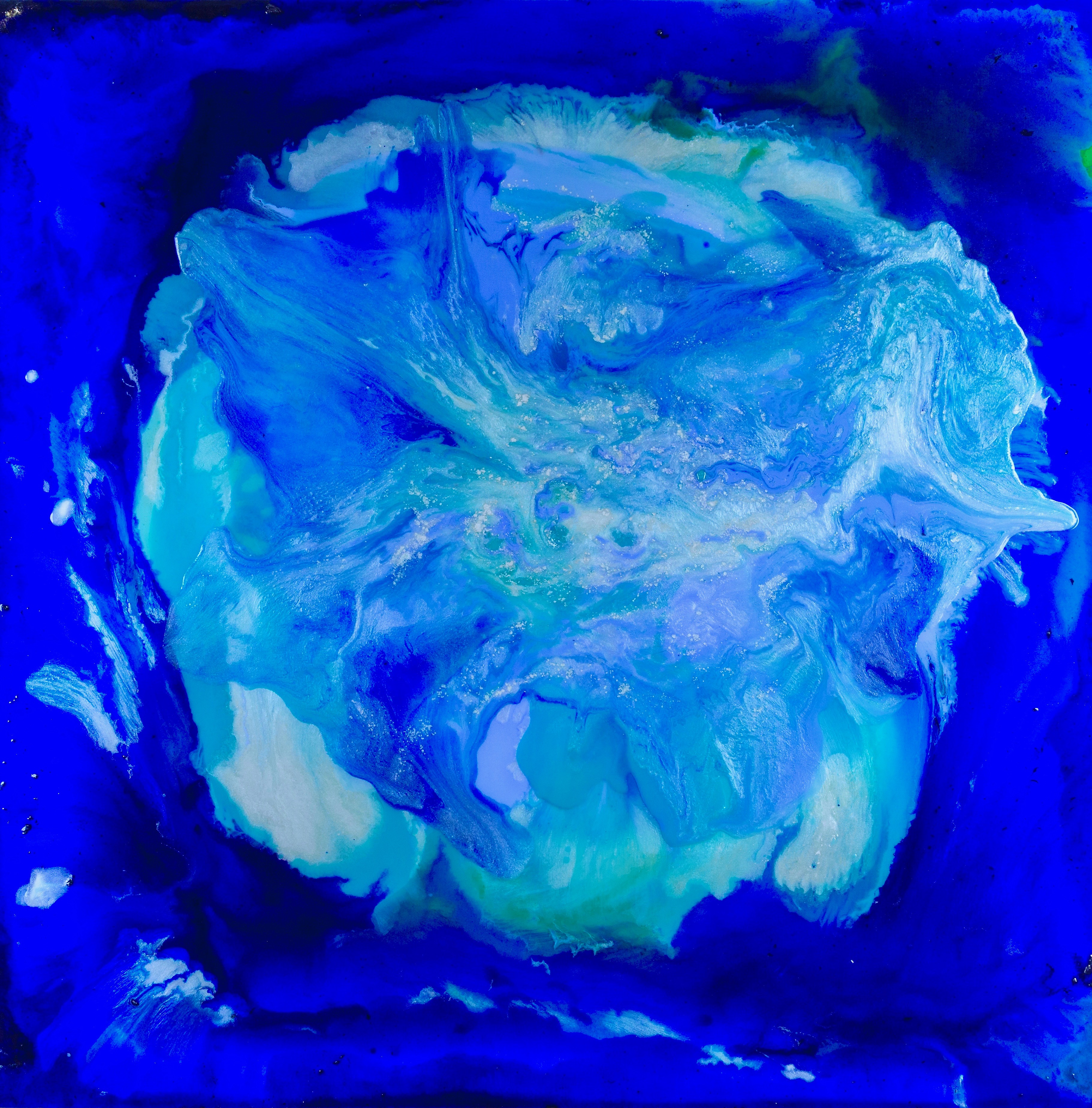 Miranda Pissarides, graduated from the Slade School of Fine Art after a Foundation Diploma in Fine Art at Central St. Martins. Her first solo show, titled In Transit, was held at Weissraum Gallery in Japan in 2015. During the same year she won her first art prize as the winner of the Art Slant Showcase Award, then later the QCL London Arts Award and in 2018 she was the Fine Art winner of the Saatchi Art & Music 'Love Art: Young Artist Prize’. Her work continues to reach international acclaim with solo and group exhibitions in London, Rome, Turin, Nicosia, New York, Jerusalem, Sao Paolo and Kyoto.

Miranda’s three works in this auction, Underwater Comet, King Blue and Wave I & Wave II, are examples of her unique approach to painting. Hand selecting raw pigments and resin, the artist mixes her own paints in a specific recipe developed through years of practice, commitment and late-night studio experiments. This guarded concoction is then painted, pulled and drawn across canvases to the artist’s satisfaction before being fixed in position using a flame thrower and palette knife. The canvas is revisited over numerous days with pigment and resin reapplied to create the layers of different textures that we see in the finished work.

Although the artist leaves the viewer to interpret and read into each painting what they like, the title of this work is inspired by Miranda’s Greek origins. Comets in Ancient Greece were seen as mystical messages sent by the Gods, as oracles of impending disasters much like those thrown down by Poseidon to Odysseus in The Odyssey.

“Poseidon has always been my favourite of the Ancient Gods. I love how he causes upheaval and chaos for Odysseus on his journey home.”

Titled as such, Underwater Comet becomes a turbulent, energetic body of water sent by the Gods to test the mortals on earth below. Estimate:£400 - 1,300
Be the first to hear about available artwork Sign up to the newsletter