What Sells Well at Auction The formula for a successful auction is simple - price and scarcity. This article explains the theory behind the formula and shares examples of its successful execution to help you curate the perfect white glove auction.

A ‘White Glove’ auction is one where every single item sells. It is the mark of a 100% sold auction and the ambition of everyone running an auction.

But whilst selling every item is a great result, to take full advantage of the auction model, the best auctions have multiple bidders competing on each lot to send the final price well above the high estimate.

We have helped sell thousands of items through hundreds of auctions. From contemporary artwork, to collectibles and charity experiences, there are two common themes with every high selling result – attractive starting prices and rare opportunities.

Attractive Pricing - why to have a low starting price?

With any form of retail there is the obvious reason why attractive prices help things sell – people want to get a bargain and save money.

The first is attachment - also known as the 'endowment effect'.

When an auction lot is advertised with an attractive estimate it naturally appeals to numerous bidders who believe they can buy it at the low value shown.

The time between first seeing the lot and the final increments of the auction can be months, weeks, days, hours or just minutes.

During this period, potential bidders convince themselves that the lot on offer is theirs and begin to fantasise about owning it. It is a bit like the buyer of a lottery ticket planning how they will spend their assumed fortune well before the results are shown.

This belief that the auction lot is theirs, and no one else’s, leads to a loss of rational thinking about the value of the item during final moments of the auction. Because they are so convinced the lot is theirs, they bid to win the auction at nearly any cost.

The other outcome of a low starting price is competition.

Again, we begin with the obvious statement that a lower starting price draws in more bidders. However, in an auction more people mean more competition for a single item.

An experiment by researchers at Princeton University on The value of victory: social origins of the winner's curse in common value auctions showed that having competition in an auction generated a stronger desire in the participants to own the auction lots on offer.

“As soon as the volunteers thought they were bidding against other live humans they found it impossible to bid rationally, whatever the auction rules. This implies that the competitive element of auctions is crucial to provoking our irrational buying behaviour. Once we’re involved in an auction we’re not just paying to own the sale item, we’re paying to beat other people who are bidding and prevent them from having it.”

In a Live Auction this competition is also catalysed by the auctioneer. They use the low starting price to ‘flush out’ and identify potential bidders who they can then encourage to bid further.

Using a low starting price to help find out who is interested in an auction lot also helps with future sales of similar items as inevitably there will only be one winner in the auction. This applies to either Live or Timed (Silent or Online-Only) auctions.

What does this mean in practice?

For instance, a bidder browsing an auction might dismiss an artwork listed at £10,000 as too expensive and not even entertain the thought of owning it, let alone bidding.

But had that item been listed at £5,000, the auction browser sees this price as a bargain and the 'attachment effect' of their assumed ownership of the item begins.

Because of the attractive price this happens to several other auction attendees who all then start bidding.

‘Auction fever’ kicks in and, after a bidding battle fuelled by each participant’s assumed ownership of the lot plus their competitive psychology, they bid to win and confidentially bid above £10,000 – a price they originally dismissed as too expensive.

A perfect example of this was with the sale of a work on paper artwork by the artist and poet Gommie. 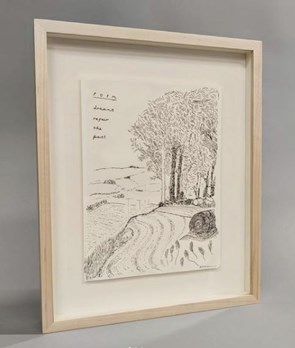 “Auctions use the principle of scarcity, whereby we overvalue things that we think might run out. Auction items are scarce in that they are unique (only one person can have it), and scarce in time (after the bids are finished, you’ve lost your chance).”

The second factor that contributes to a successful auction is scarcity and there are a variety of reasons why an item might be rare.

1. Availability to the market

Items that are rare to the market, such as artworks from in-demand artists with long waiting lists, are perfect for auctions.

We saw this with artwork from two rising-star artists Amy Beager and Okiki Akinfe. At the time of auction, both had an extensive list of future of exhibition programmes planned with several prominent galleries. 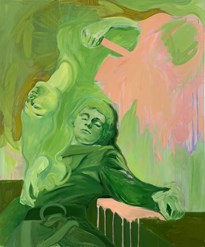 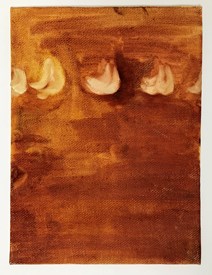 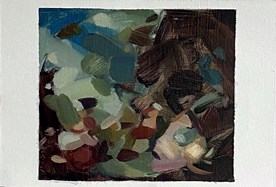 The same applies to artists with low outputs like Alexandre Marciano whose artwork constantly exceeds the high estimate. 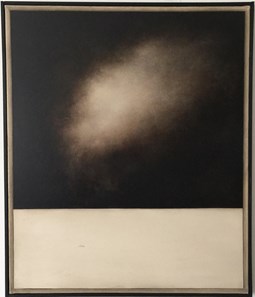 Strong bidding also happens on unique objects, such as the 100% sold auction turntables in Planar 1 of 1, or masterpiece artworks from artist where there is only once chance to own it. 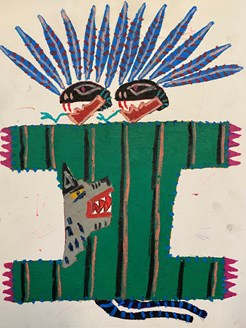 As one would imagine, the last work from a limited edition or series of artwork drives stiff auction competition. 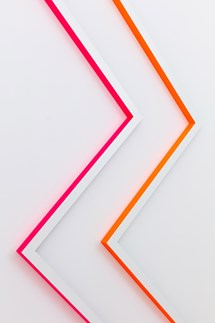 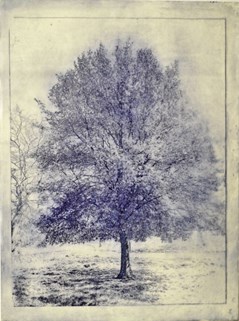 As seen at the start of this article, a rare opportunity to buy an artwork below its market value is key to the success of an auction lot.

Our annual 50 x £50 auction attracts 10 bidders on average for every lot, as did a recent auction of Alison Goldfrapp’s artwork. 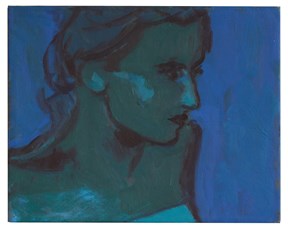 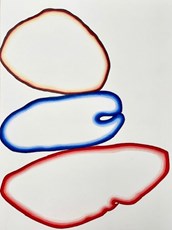 Price to sell - Go with the most attractive estimate and starting price you or your sellers are happy with. What is the minimum you would accept? You want to attract the most bidders and you don’t want to deal with unsold items.

Include rare to the market items, or make each lot a rare buying opportunity by adjusting the price.

Other factors to help items sell well include a strong marketing strategy and professionally presented items.

For a free one to one consultation with our auction advisory team, contact [email protected].
For more hints and tips on how to run an auction, sign up to our Auctioneer's Newsletter.