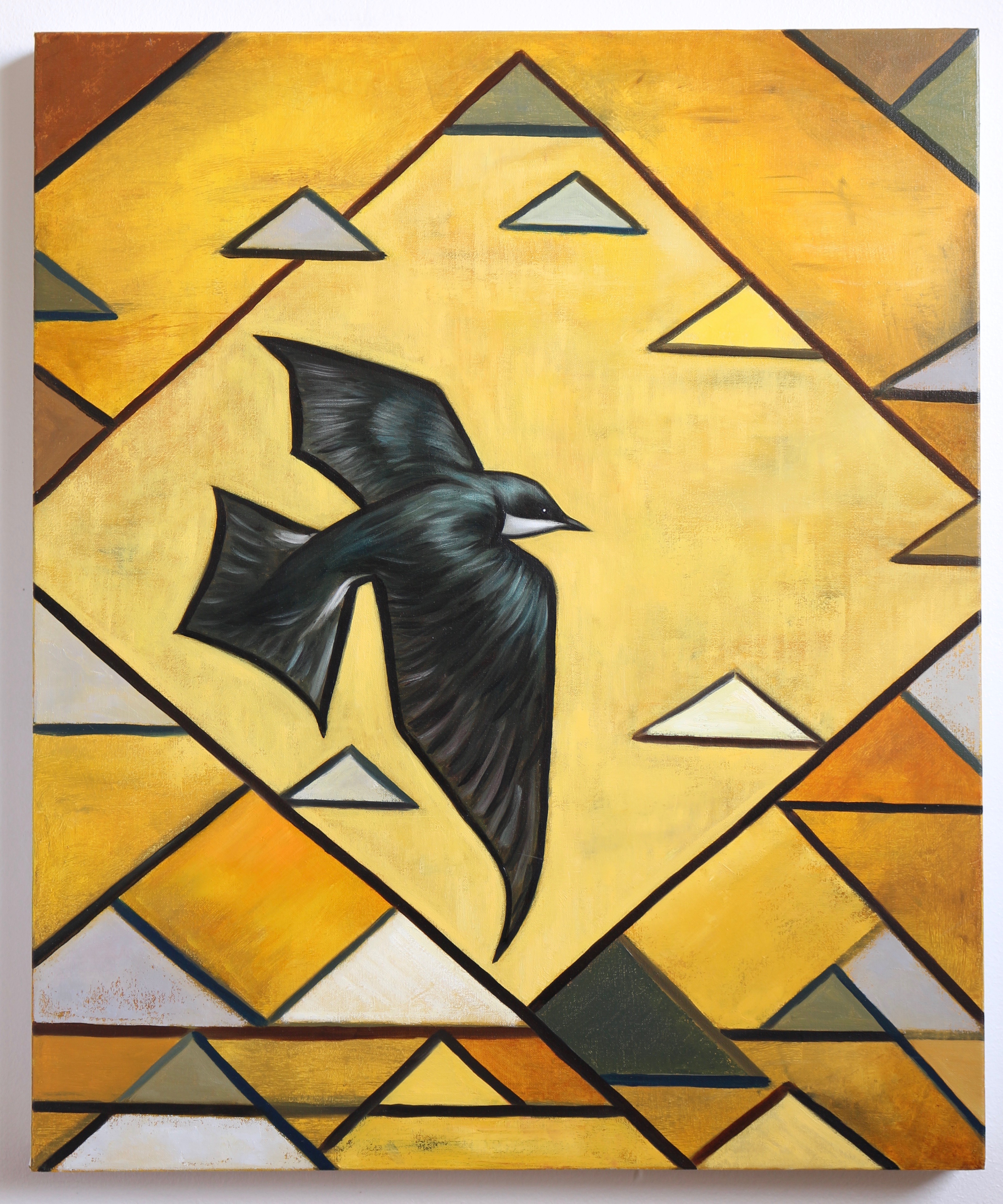 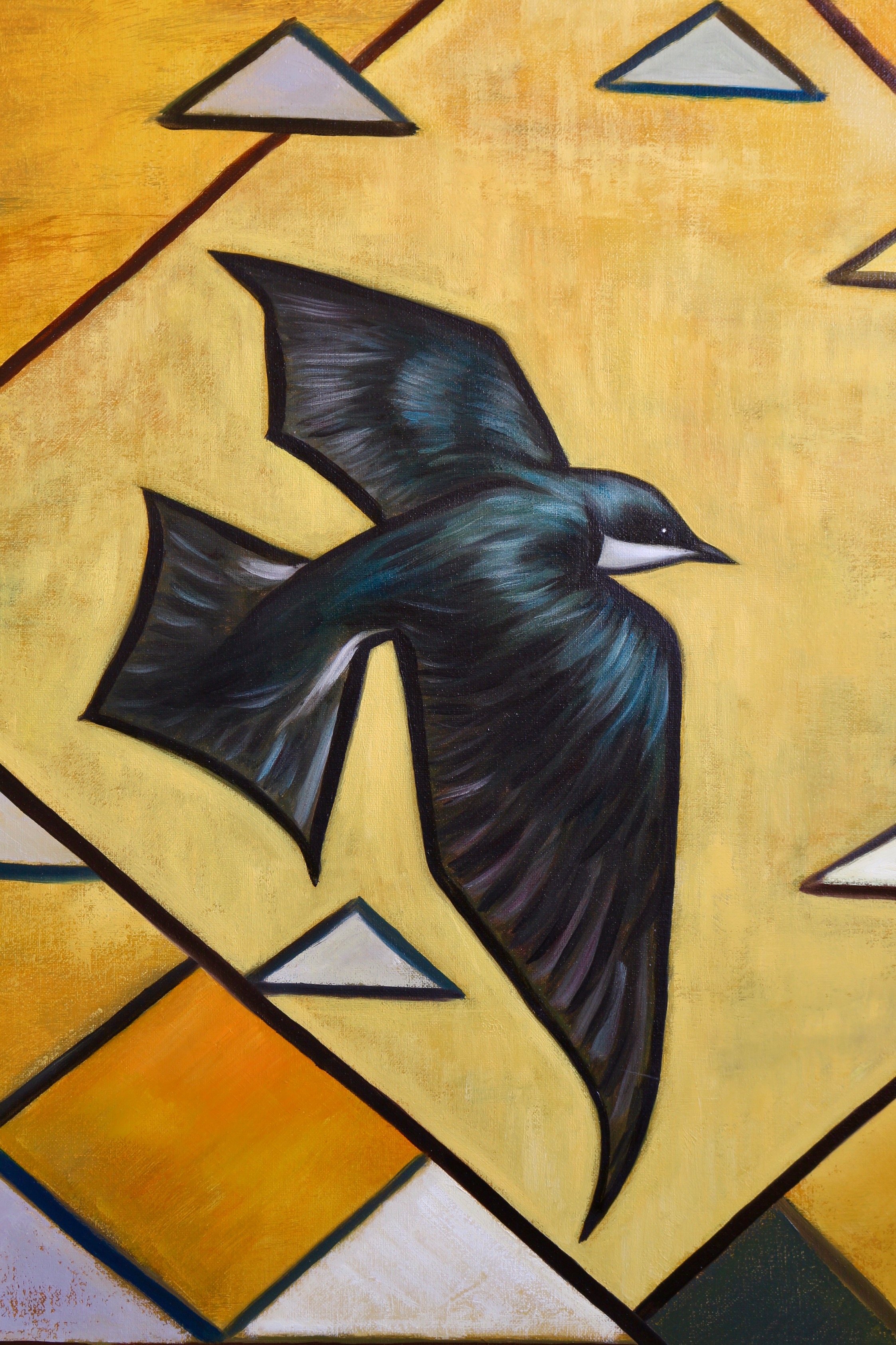 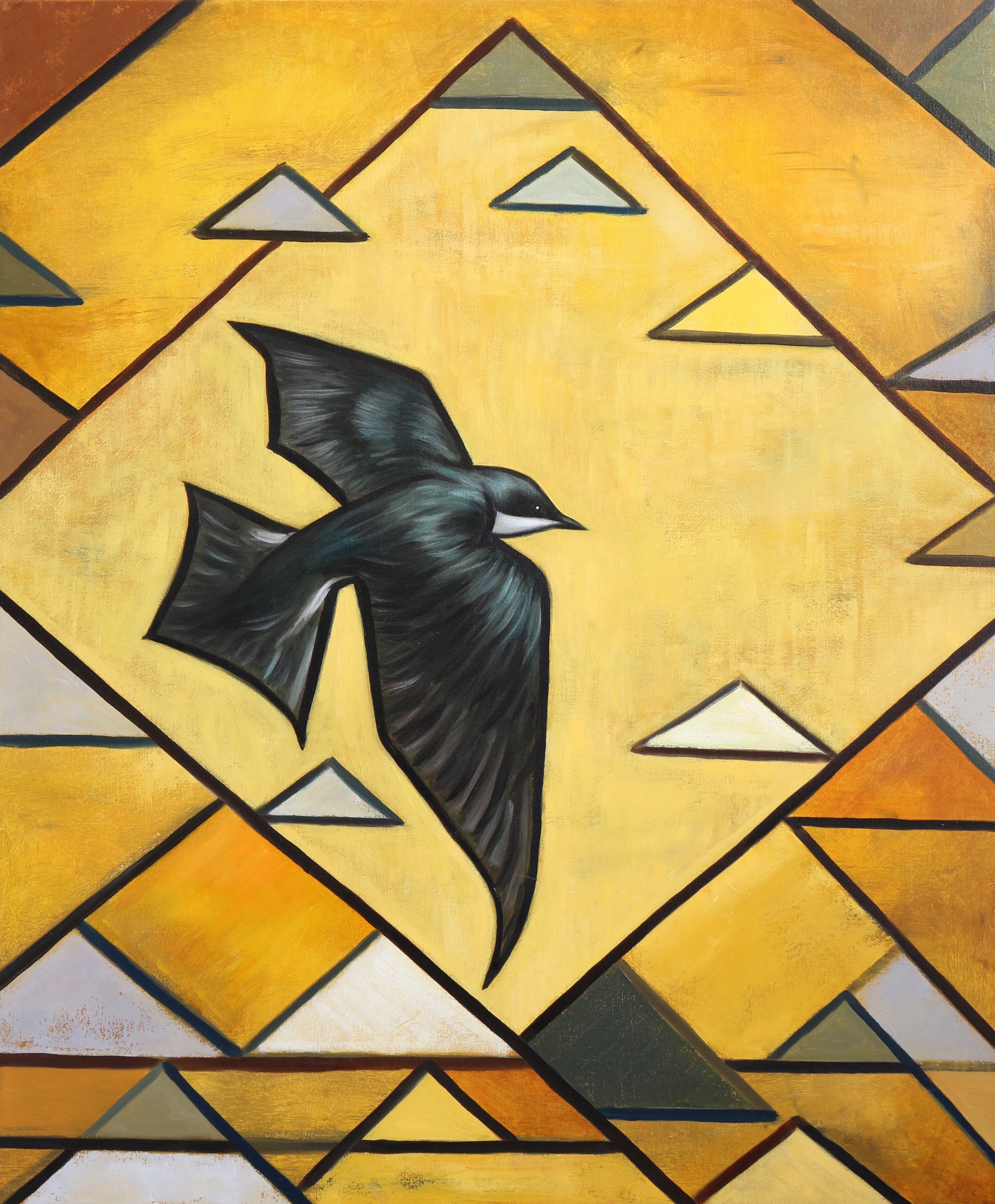 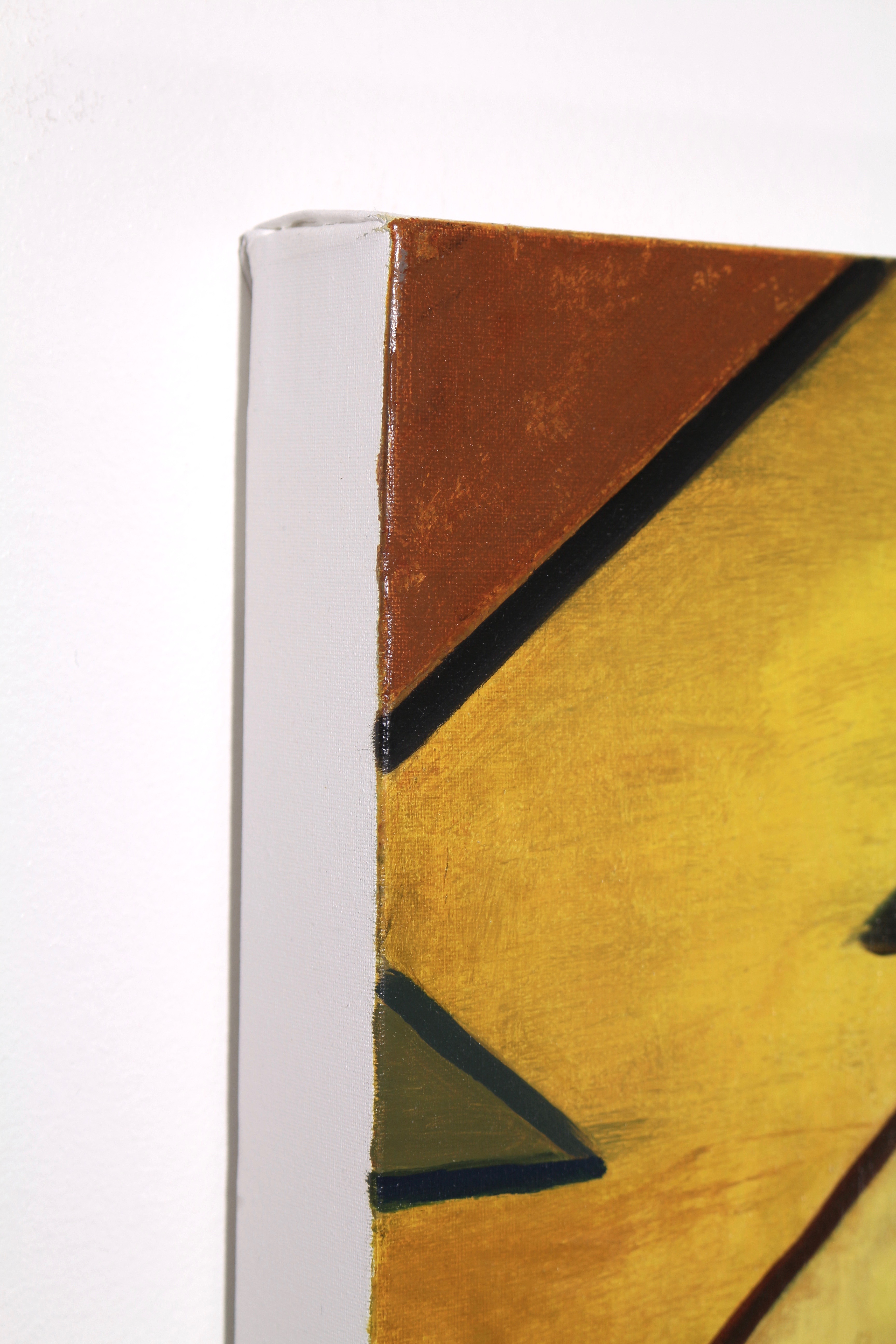 Flight of the Swift

“This painting is about straight lines, right angels, and triangles. I wanted to abstract a landscape – and even the bird itself – into one overarching, comprehensive design. For me, the effect is reminiscent of seeing stained glass, bathed in the warm light of a late summer’s afternoon.”