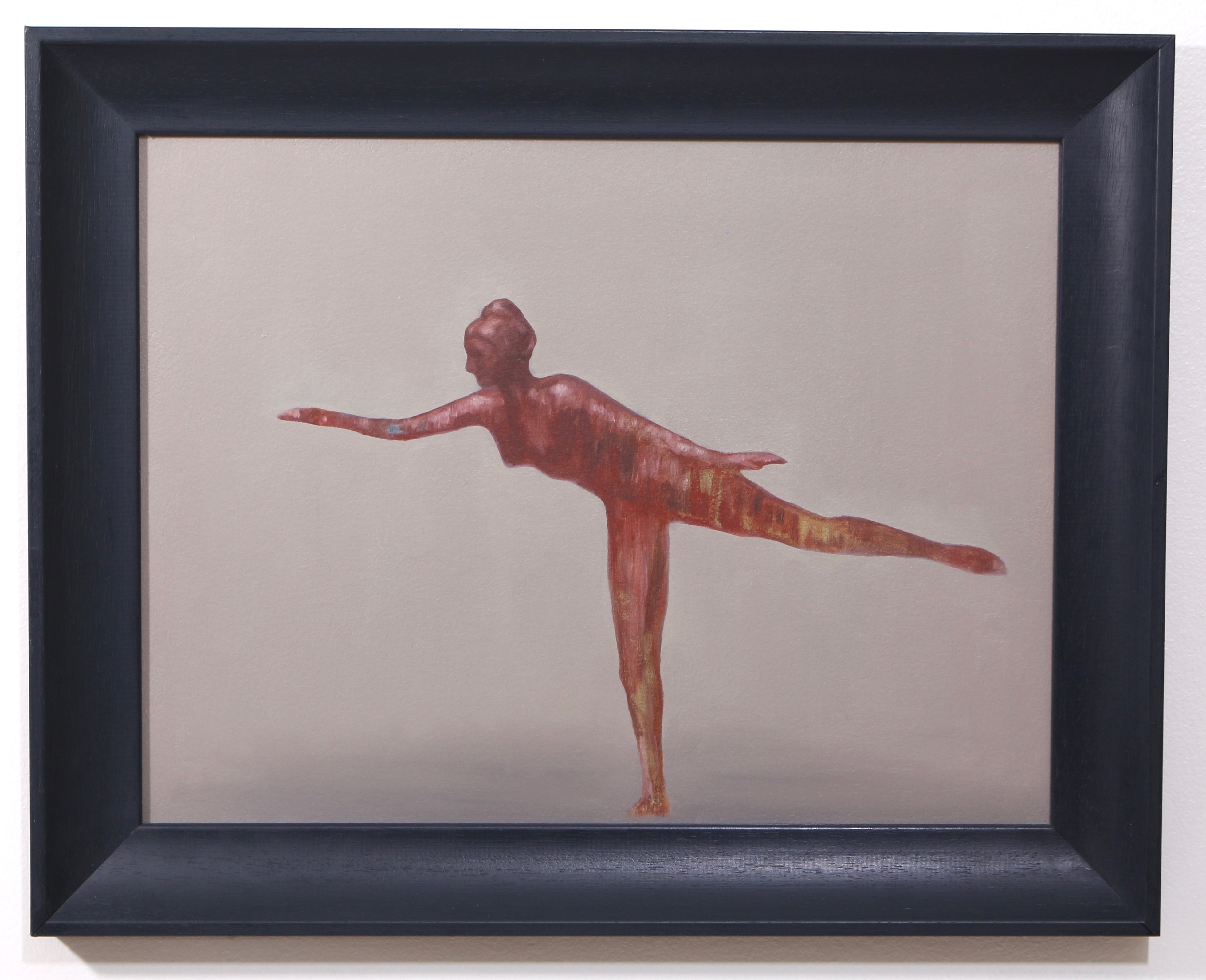 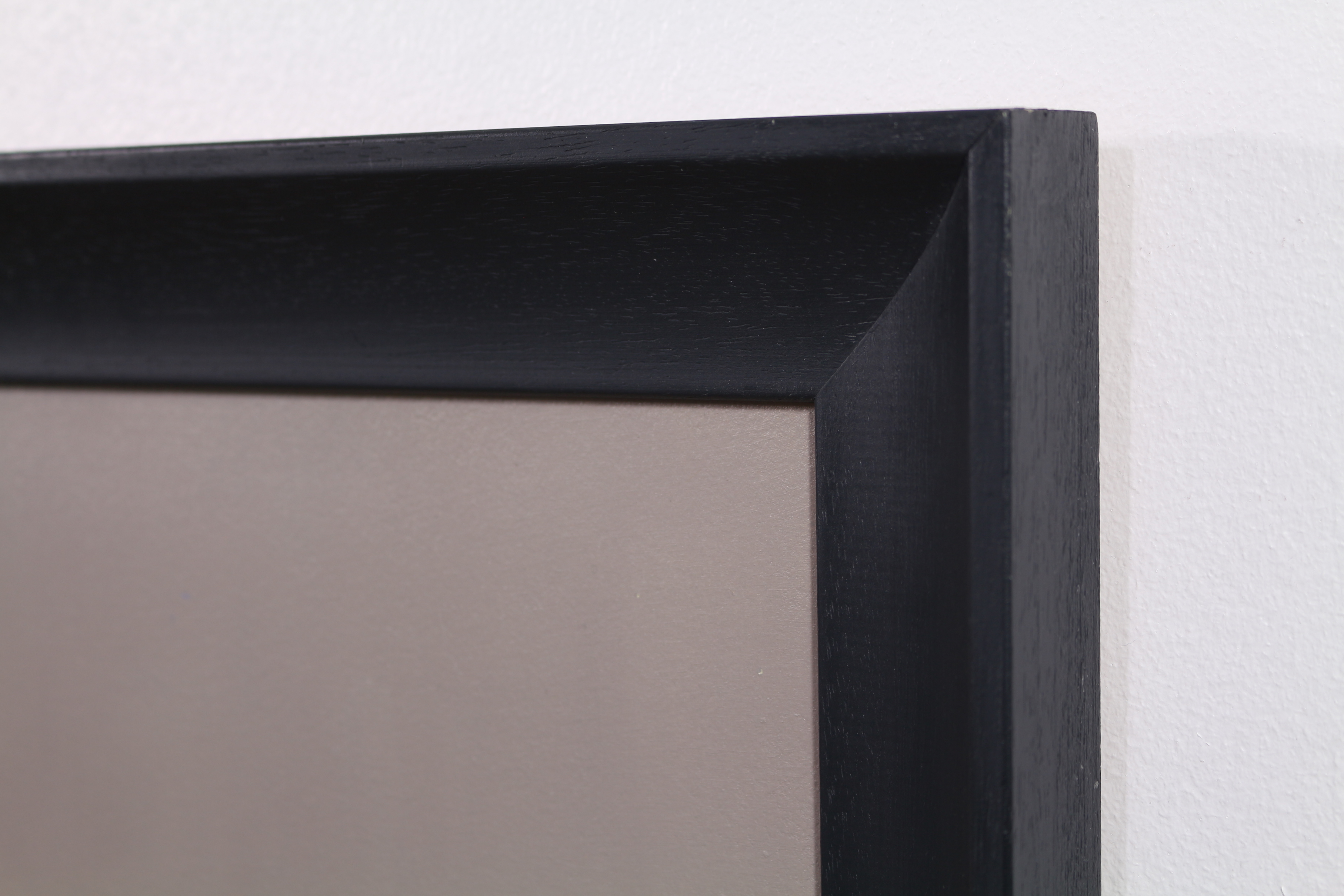 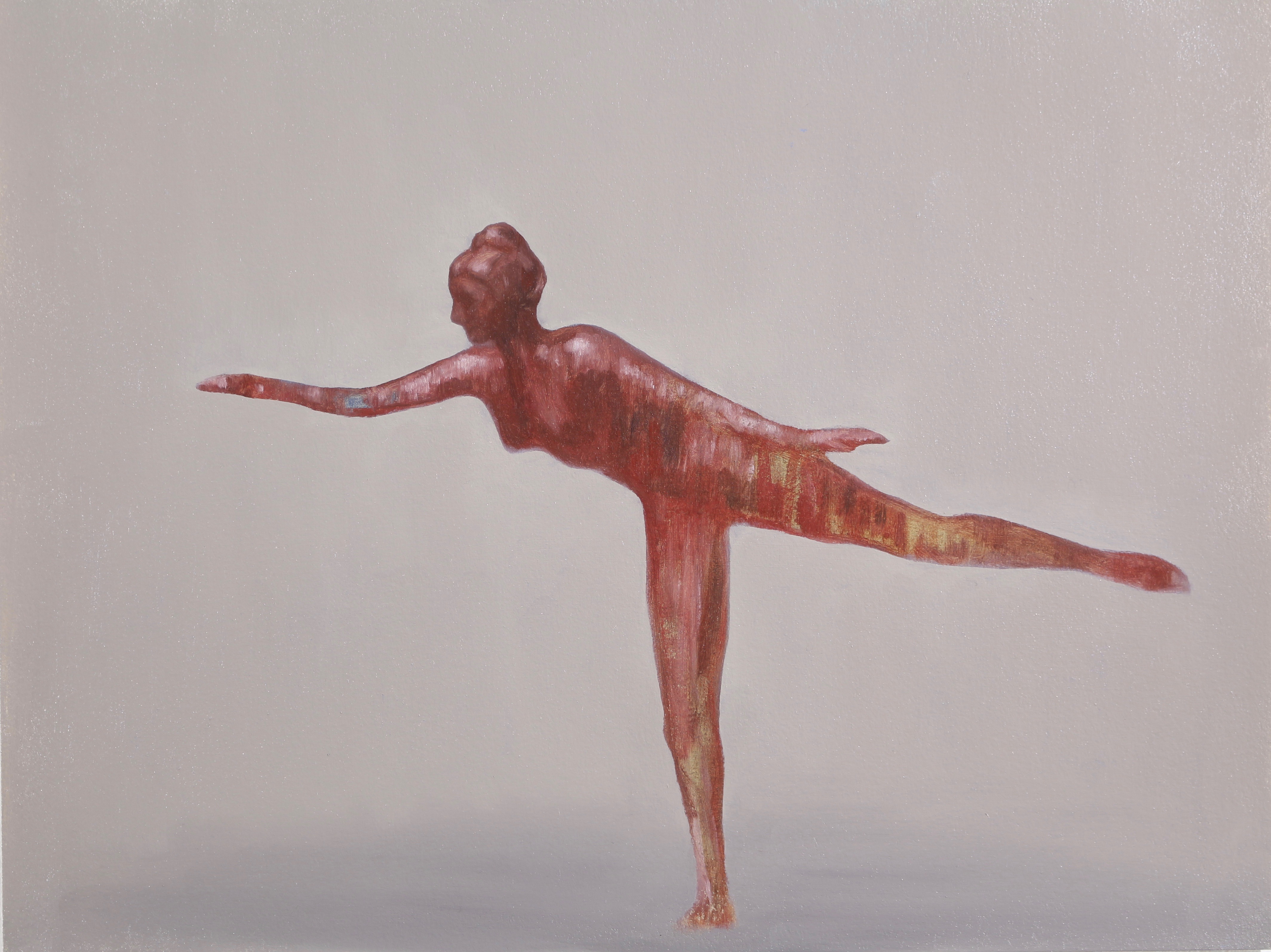 “Degas has always been an artistic hero of mine, and I have done many studies of his works. This small painting is based on one of his small sculptures, a female nude balancing, almost floating.”