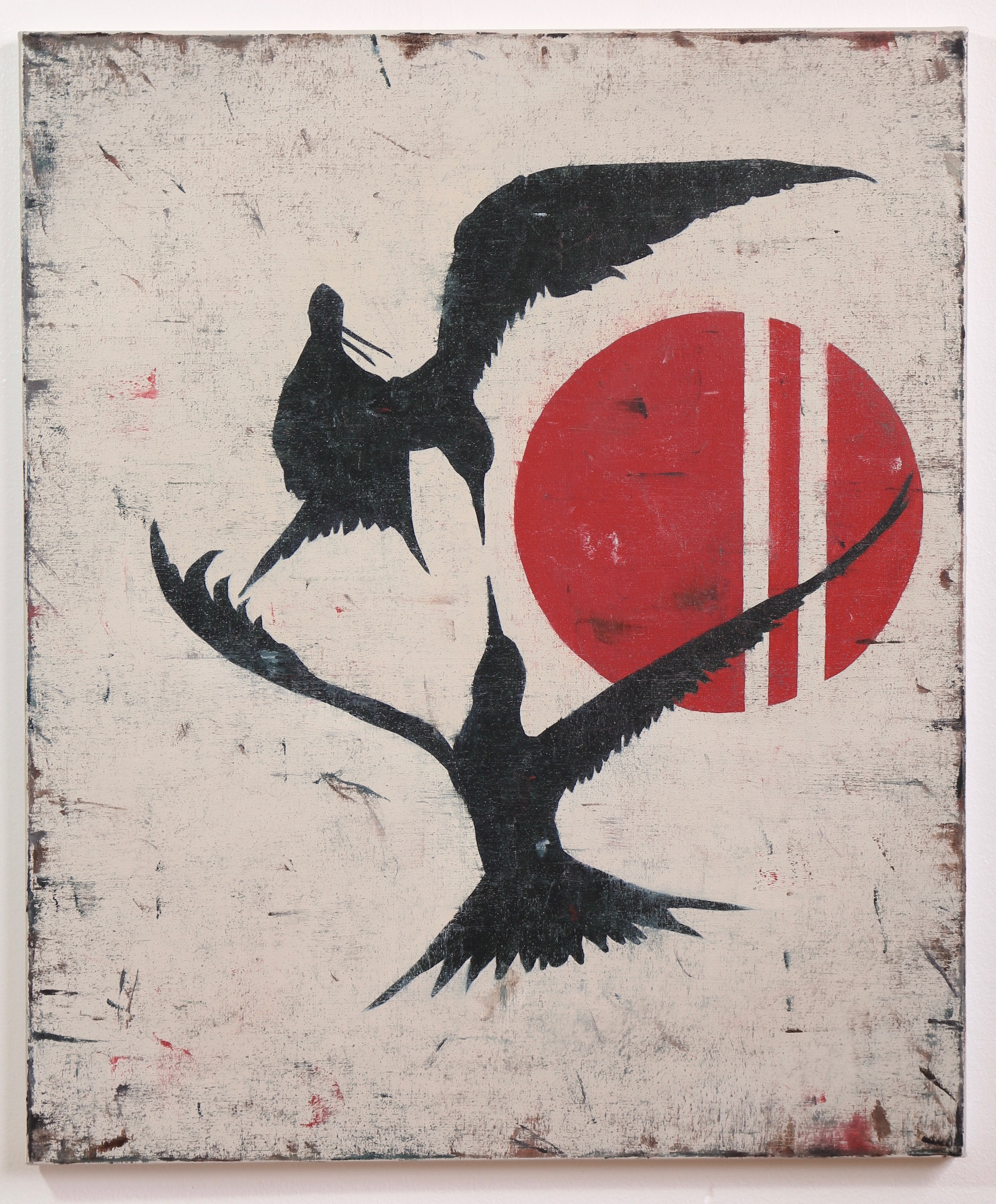 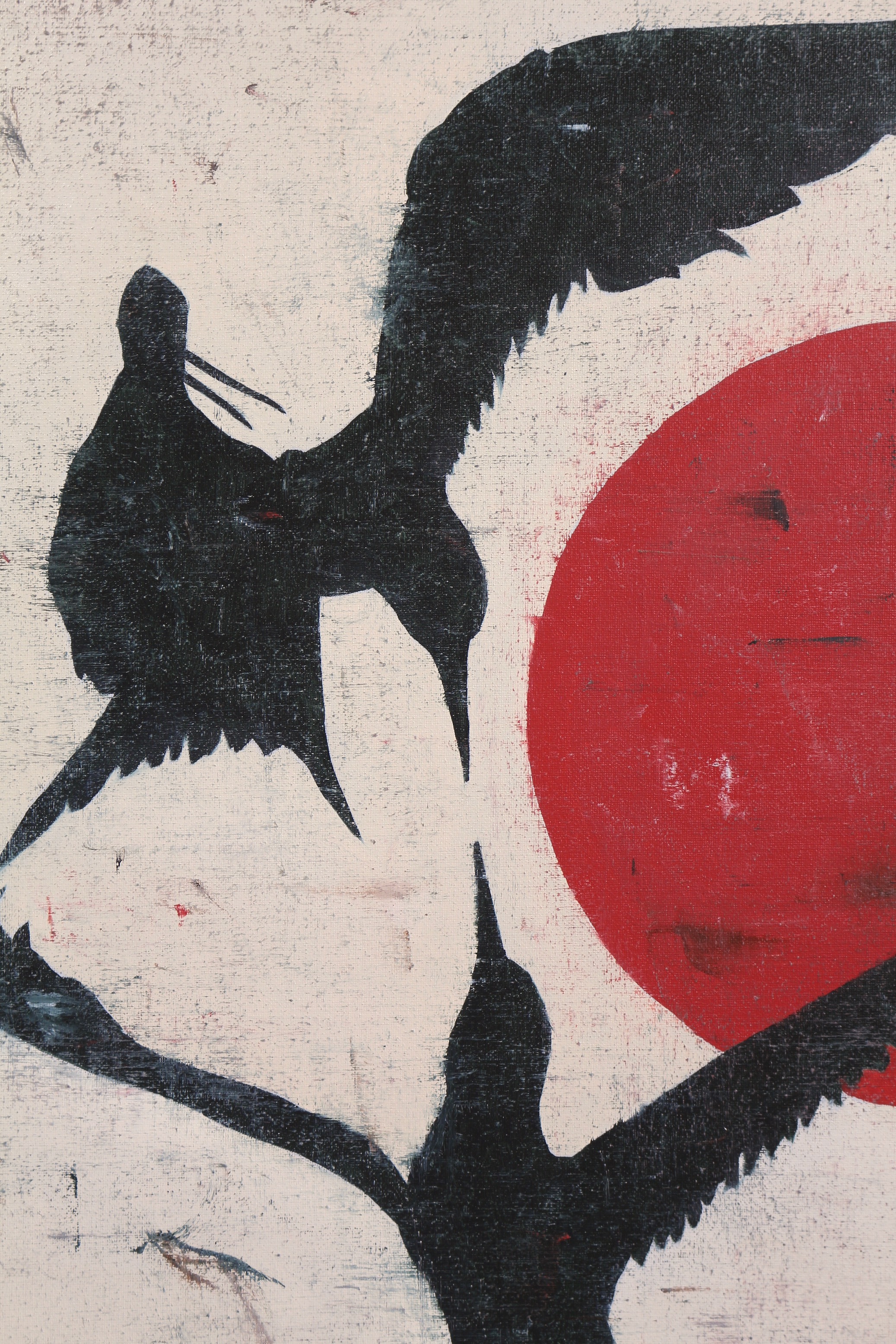 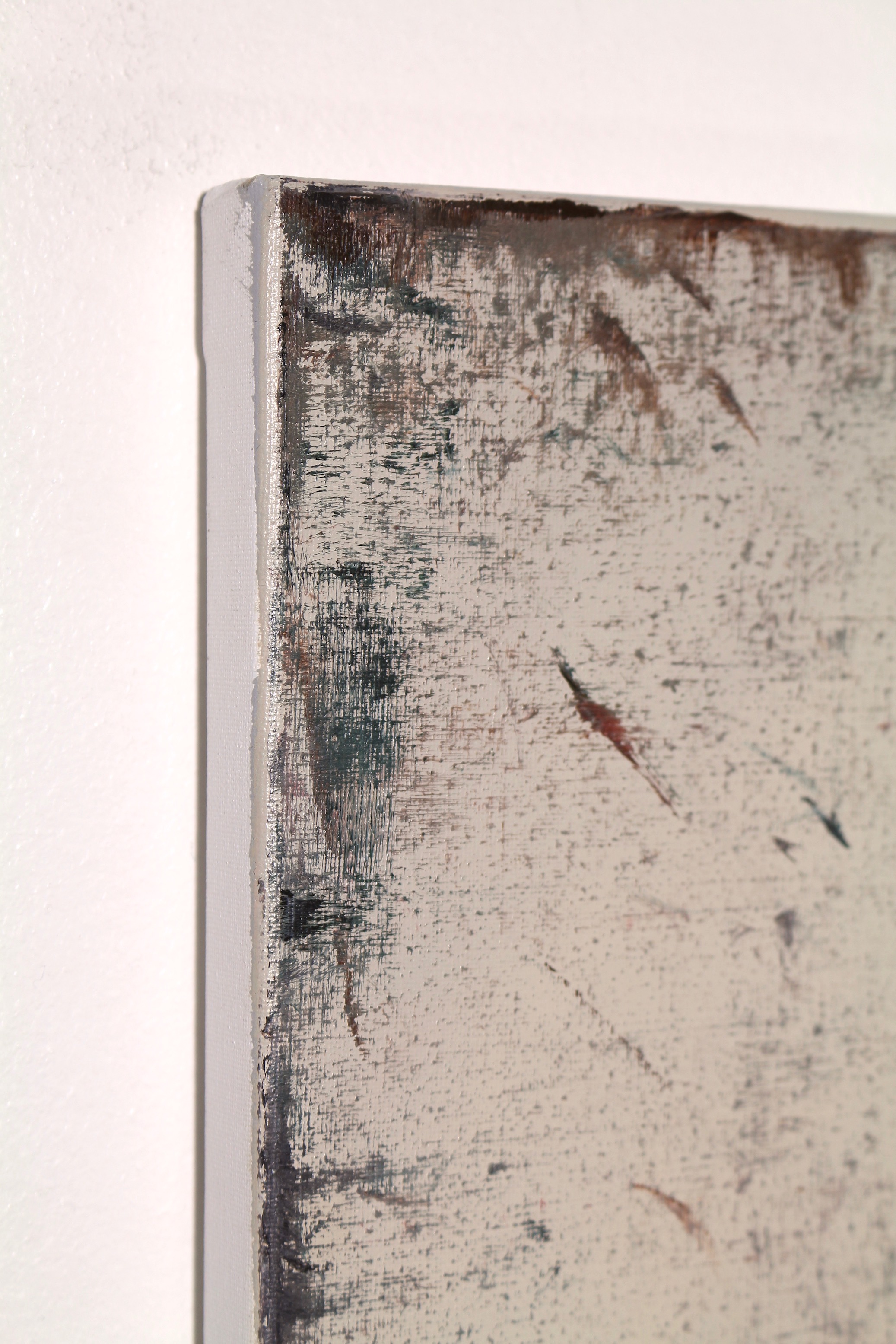 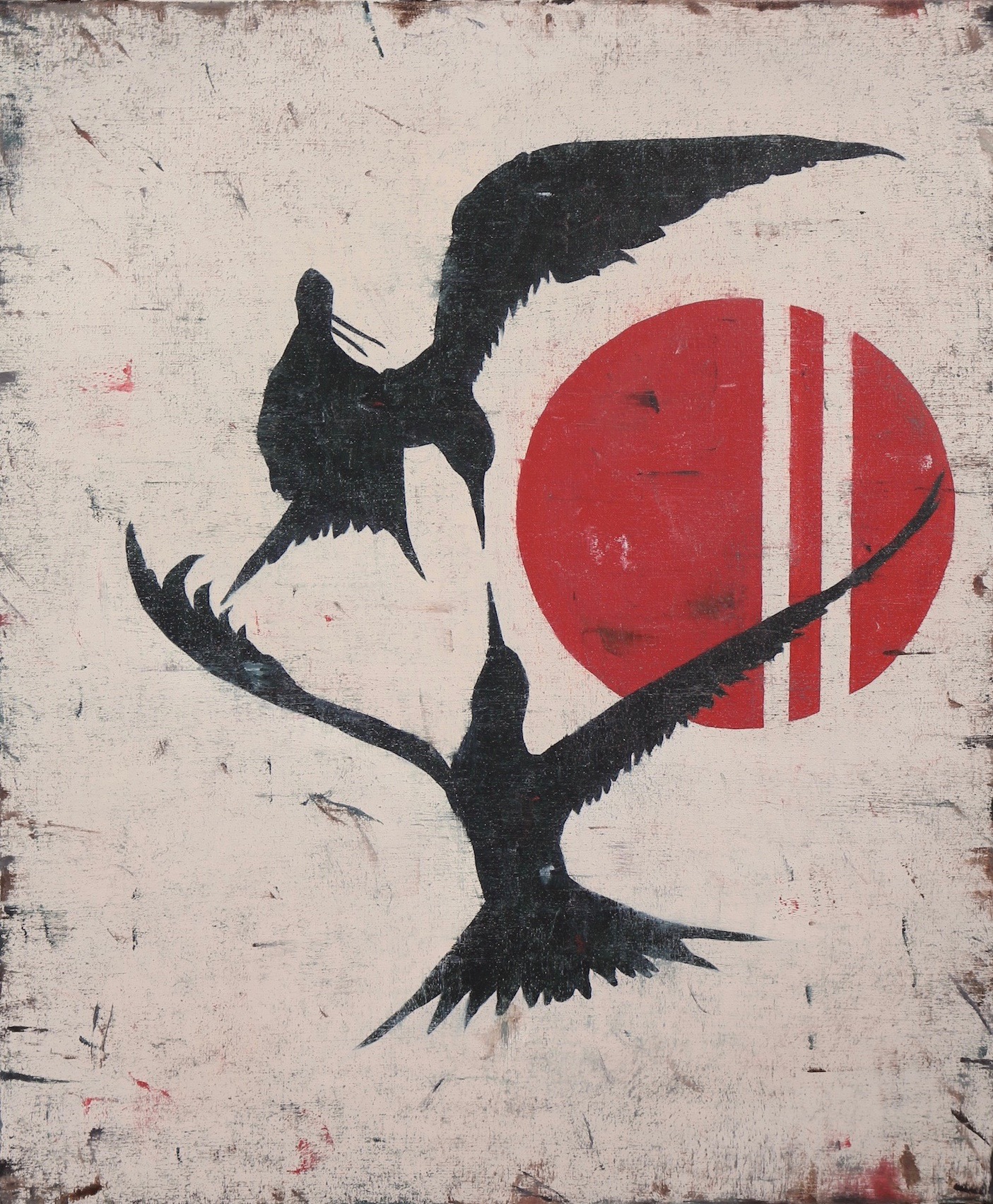 “This painting is part of an experimental series in which I wanted to reference Japanese prints in a more graphic yet painterly language. The painterly smudges are a reference to the visible grain of woodblock prints – even to their mistakes and wonderful imperfections.”