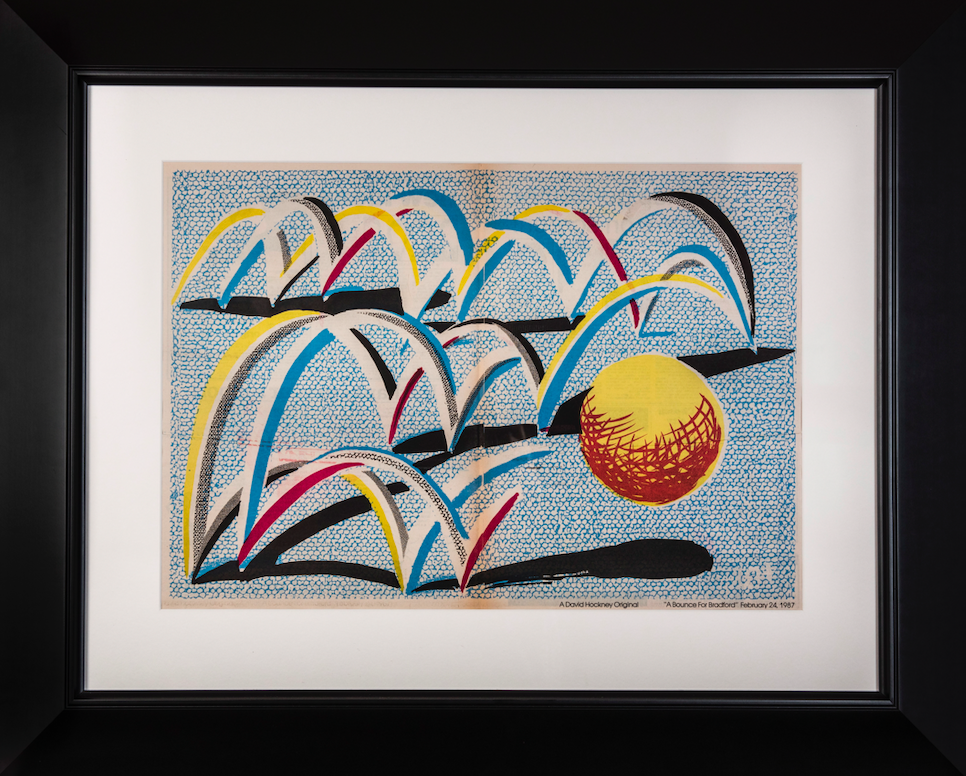 A Bounce for Bradford

Hockney’s “A Bounce for Bradford," created for the Royal Academy London Summer Exhibition, 1987, was designed specifically in support of the Bradford’s Bouncing Back campaign.  Based in Los Angeles, Hockney liked the idea of his hometown fighting back against hard times and its national reputation and was willing to lend his name to the campaign.  The picture that Hockney designed perplexed some when it was published in the centre of a Bradford’s Bouncing Back supplement on March 3, 1987. It was described by some as a croquet ball rattling between hoops.  Others saw the picture as symbolic of Bradford’s attempt to rise above its worst modern disaster – the fire at Valley Parade. The fiery ball can be seen as an image for the sun, and the hoops a series of shadowed rainbows.   The sale of prints of it at the Royal Academy reportedly came about as a result of an incident the previous year when Sir Roger de Grey, then-president of the RA, took a dislike to another Hockney print that had been purchased at the Academy for a five-figure sum. Hockney got to hear of Sir Roger’s views and so in 1987 entered a print of his Bounce For Bradford for the summer exhibition. The public bought all the copies available. It was Hockney’s way of showing the establishment that he didn’t need to be told how to be successful.