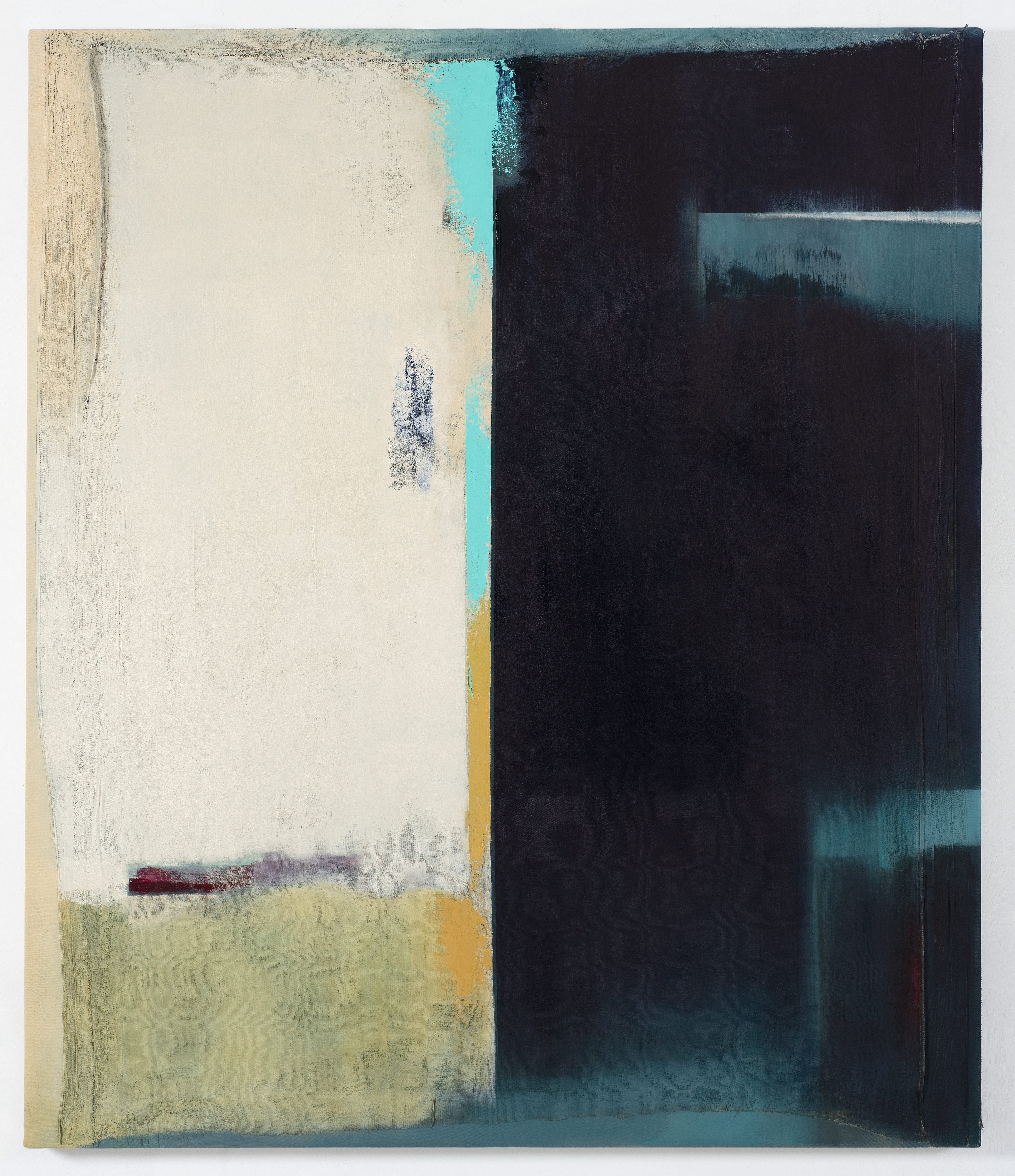 This work is constructed with layers of textile using a vertical division. This provides a duality of forces to sit side by side, exposing difference and opposites.

My practice attends to the importance of material and process, as each painting operates as a self-contained world, exposing the evolution of their making. The works are non-representational, and I do not proceed with the intention of abstracting from the outside world. I am interested to develop each painting with the notion of the work being about itself and of itself. I emphasise construction, not merely the painting of the painting, through assemblage of textile, and a process of folding, stitching, tearing, and building an additional skin, resulting in the works appearing quite bodily.  Oscillating between excessand restraint, hesitancy and assertion, privacy and disclosure, the paint is pressed into canvas, linen, organza, and scrim.

I expose the mechanics of painting during the construction and deconstruction of the painting, allowing incidents to occur resulting in the. surface becoming a landscape of decisions upon which I navigate. I impose difference and contrast to sit side by side, as if a duality of forces is at play. This duality is often staged through presenting a vertical division, as I investigate how little or how excessive my application can be for the work to become a painting. The periphery and supporting structure are emphasised by exposing more detail, weaknesses and salvage as the structure is sometimes wrapped and bandaged. Part air and partly grounded, the works proceed as I add and remove paint and textile until the painting finds its own internal logic, its own truth and resting place.