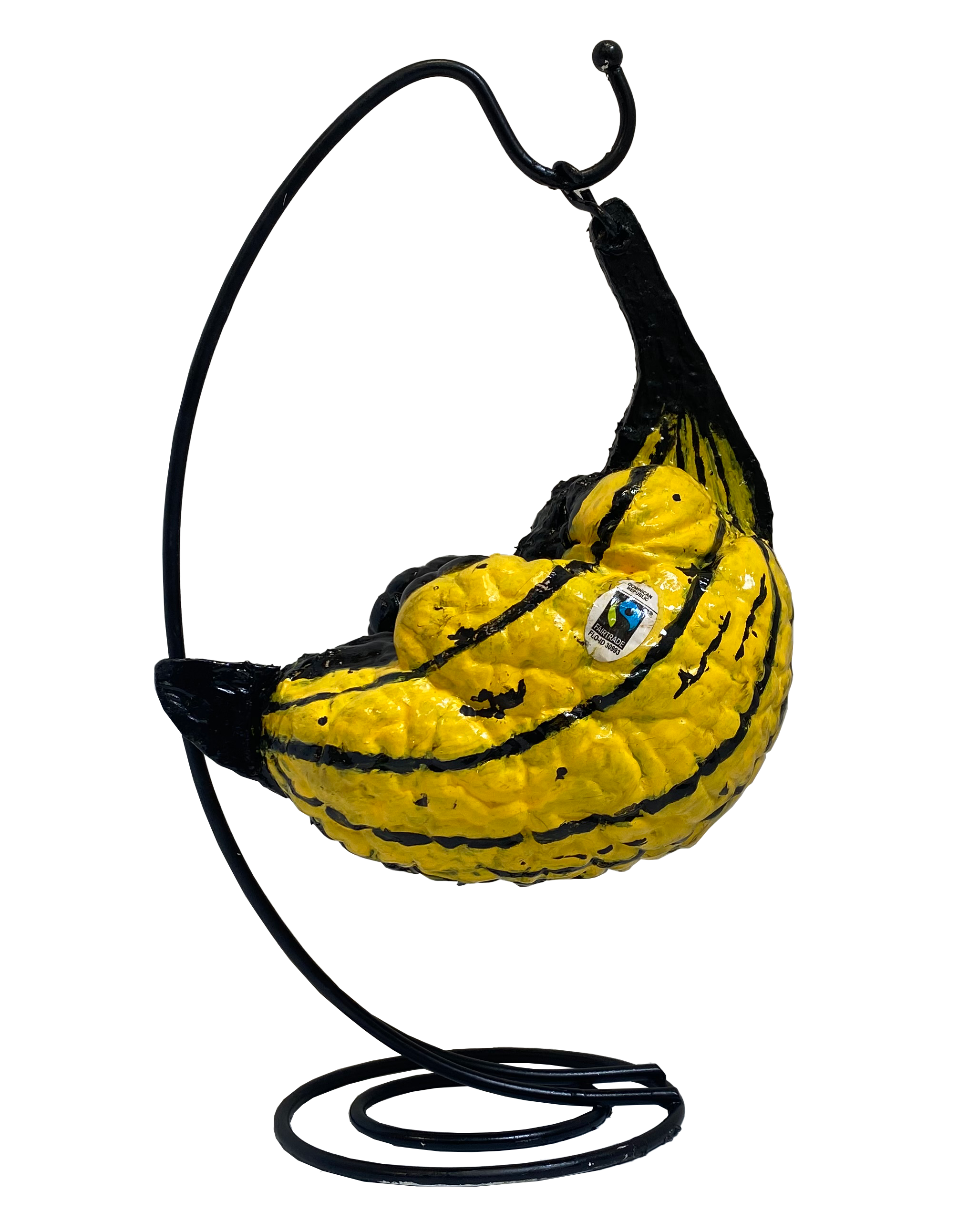 Abigail Fallis studied silversmithing and metalwork at Camberwell College of Arts and considers the making process to be a crucial element of her practice. She works with diverse, often recycled, materials including papier mâché, everyday objects, fish skeletons, textiles and bronze. Fallis refers to her sculptures as ‘thinking tools’ and her work is characterised by a quirky sense of humour coupled with a powerful commentary on the environment and our consumerism-led society.

Another example of Abigail’s ability to balance absurdity and gravitas is a public sculpture, DNA DL90, commissioned in 2003. It has been installed in various prominent locations, including various Science Centres up and down the country. It is currently installed on The Line at Cody Docks, a sculpture trail that roughly follows the line of the meridian from Stratford in North London to Greenwich in the South. The work consists of 22 shopping trolleys, stacked 9 metres high in the form of a double helix. It was commissioned by a supermarket chain to mark the 50th anniversary of the discovery of DNA’s distinctive structure by Crick and Watson, based on Rosalind Franklin’s pioneering X-ray images. Their findings were hugely important in developing our understanding of muscular dystrophy and the commission was intended to raise awareness of that disease. In addition to this, the trolleys make an unmistakable comment on environmental degradation and consumerism, which she believes has become entwined in an individual’s genetic make-up. As such, the work stands outside Amazon HQ, at the same time, as a droll pun, a striking sculptural object and a thought provoking commentary on aspects of modern life. (Extract from Good On Paper interview )

Fallis studied at Camberwell College of Arts London (1996-99). She has exhibited widely throughout the UK and her work can be found in a number of public and private collections including Hix restaurants and Damien Hirst’s Murderme collection. Maia Norman Private Collection. In 2018 Fallis became a member of the Royal Society of Sculptors and was given the title MRSS. Abigail shows regularly with The Art Car Boot Fair and She lives and works as a blacksmith tutor in Gloucestershire.