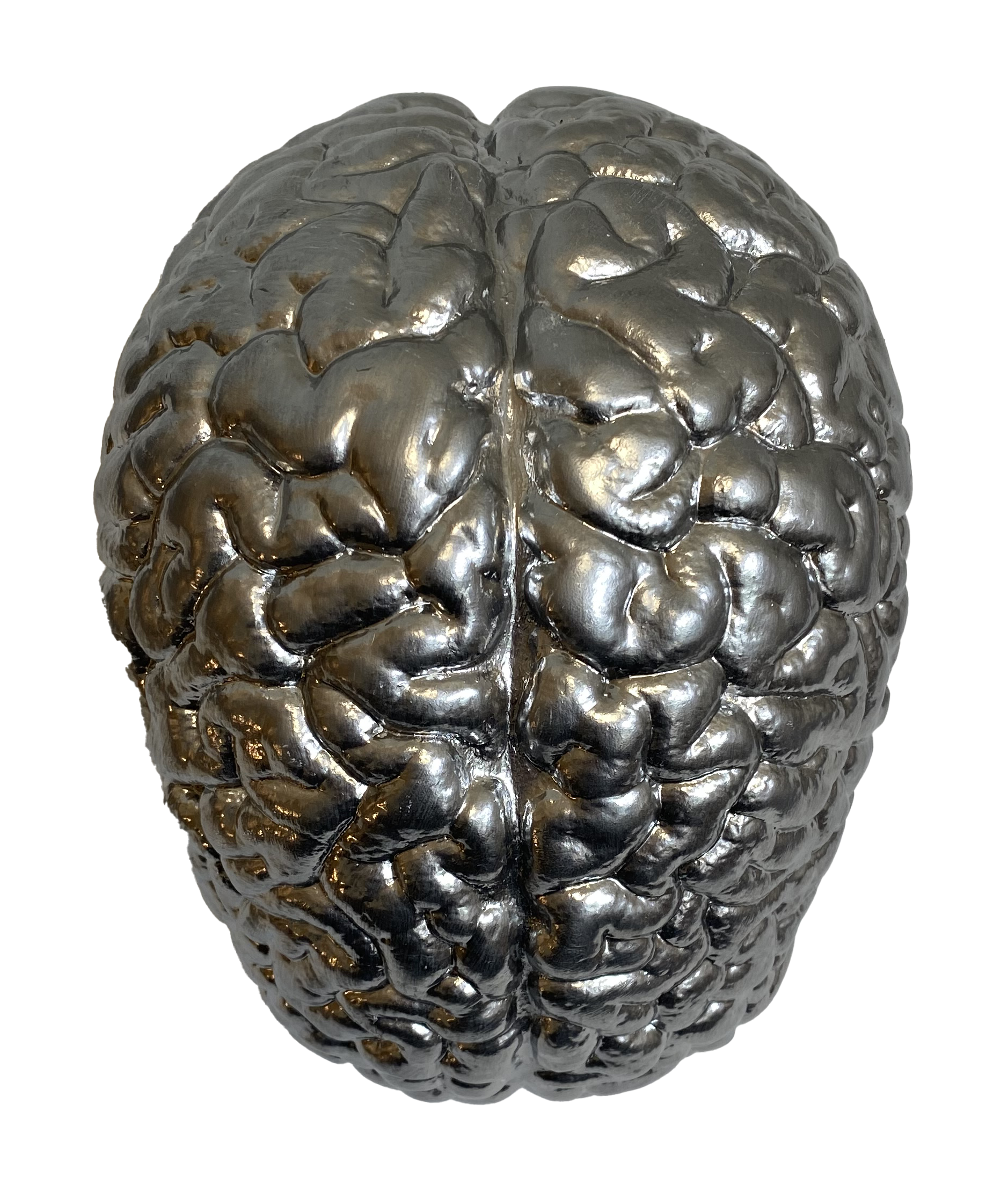 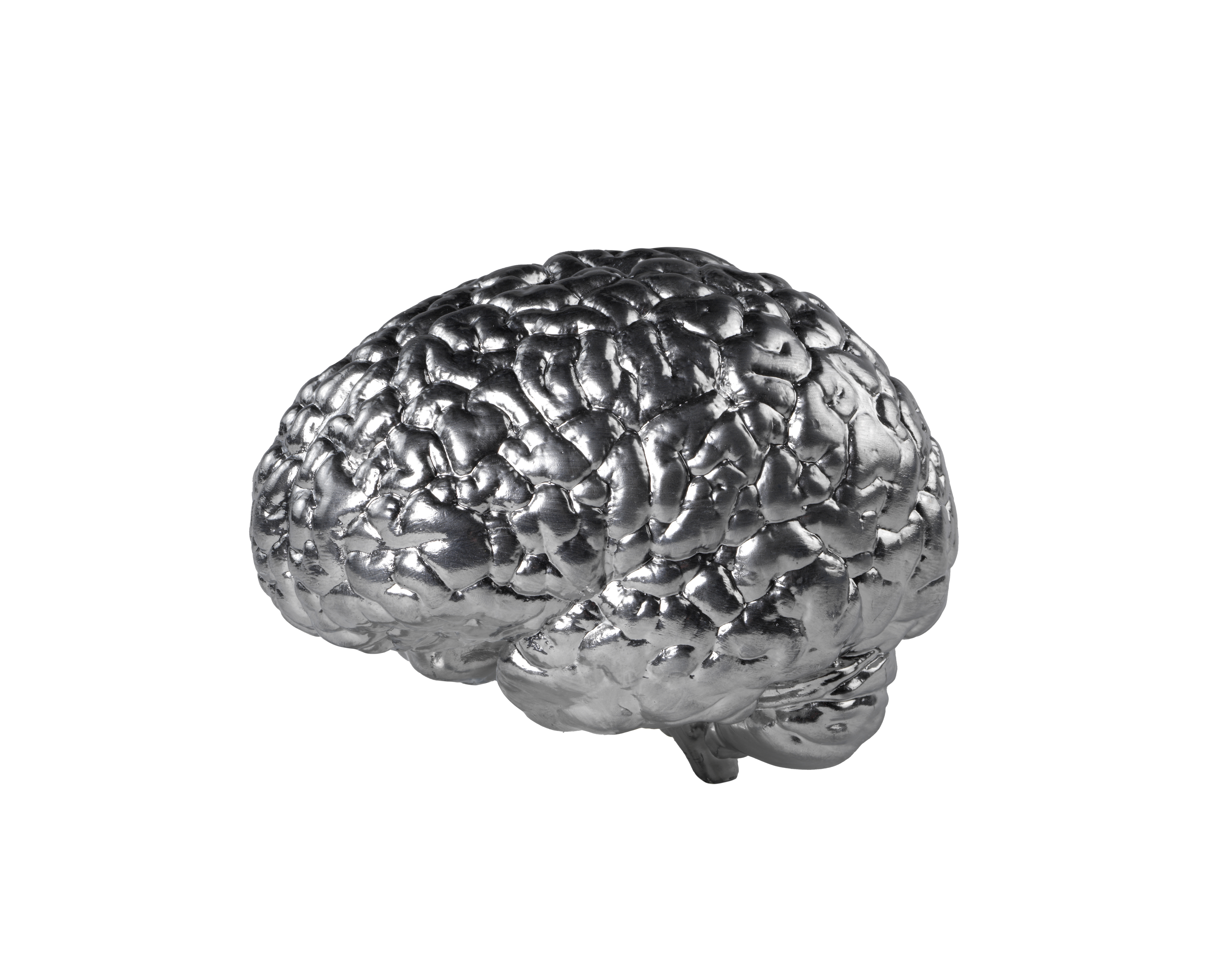 Silver Lining (2021) is a sculpture made by Rob and Nick Carter for the exhibition Me, My Brain & I, which will go into auction in support of the charity Parkinson’s UK, a cause close to the Carter’s hearts.

The silver recalls the duo’s practice of the exploration of light, colour and form, and is inspired by the proverb ‘every cloud has a silver lining’- it was made to instil signs of hope in what seems to otherwise be a negative situation.

Rob and Nick Carter are a husband and wife artistic duo who have been collaborating for over 20 years in London, England. Their work is housed on public and private collections around the world; including the Victoria and Albert Museum in London and the Foundation Custodia in Paris.

The Carters’ work examines the boundaries between the analogue and the digital using mediums including camera-less photography, painting, installation, neon, sculpture, and time-based media. The artists overarching goal is to harness new technology and reference historical processes that wouldn’t have been traditionally possible to previous artists.

Rob and Nick Carter resolved their curiosity using one profound tool: a robotic arm that they named Heidi. With AI and robotics, the artists taught Heidi, a six-axis Kuka Robot, to paint with exact precision. Heidi has since produced numerous series that mimic the works of old masters and artistic icons, as well as portraiture.

Collectors of Rob and Nick’s work include Sir Elton John, The Beckhams, Simon Fuller, Philip Treacy, Mathew Williamson and Stephen Fry, and their work is in the corporate collections of many large companies including The Virgin Group, Sainsbury’s PLC and Reuters. Their work is held in permanent collections at the V&A, London and the Museum of Neon Art, Los Angeles.