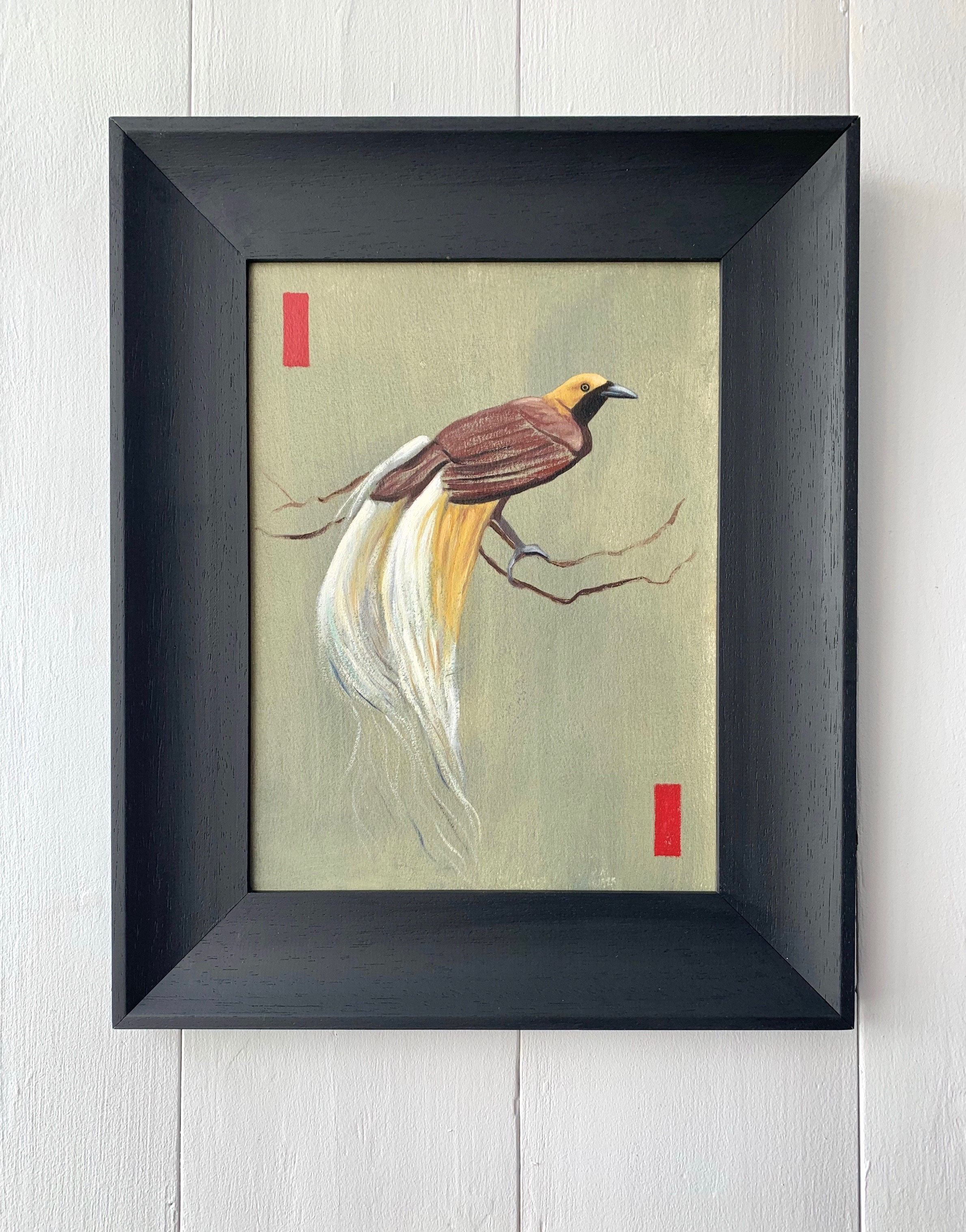 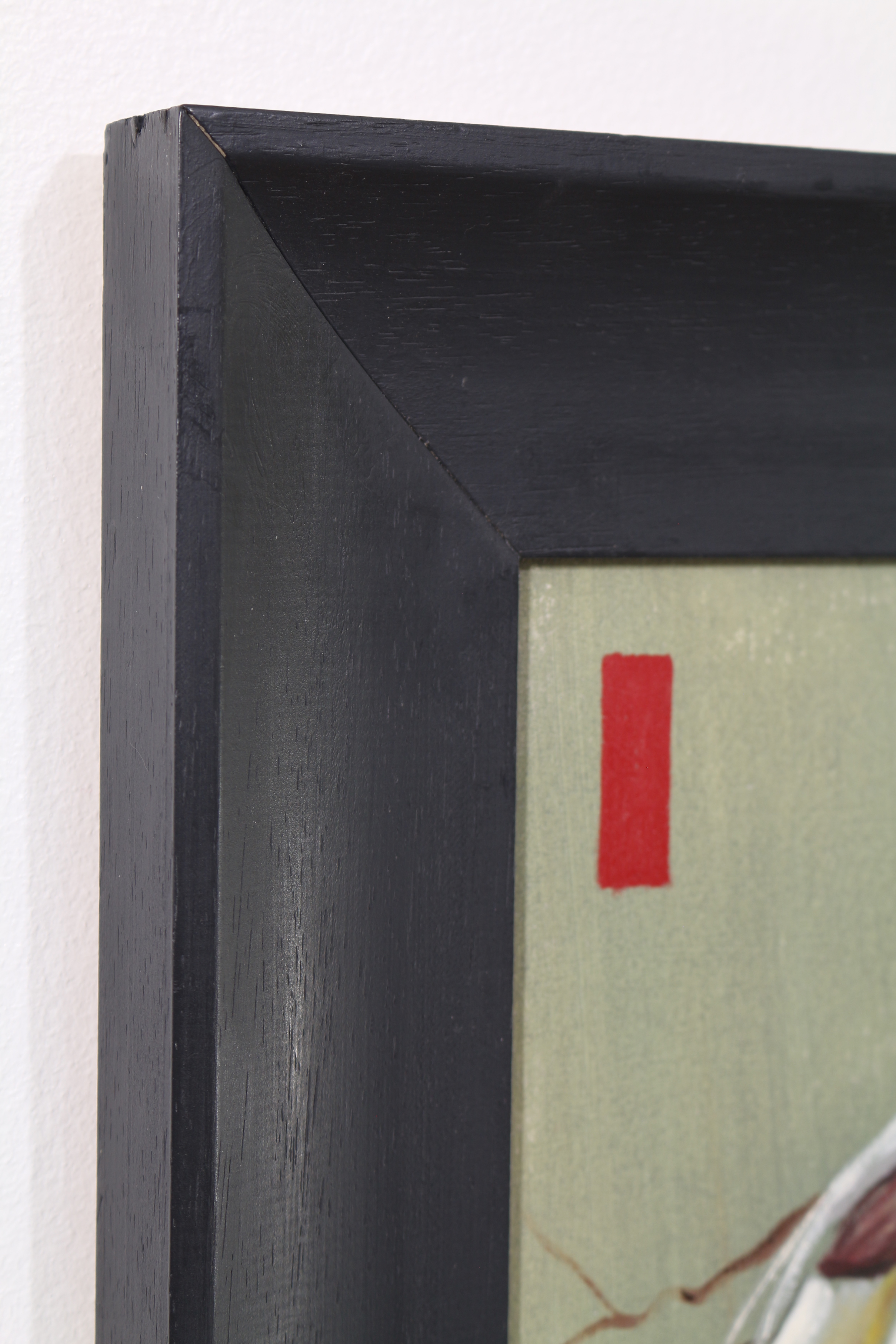 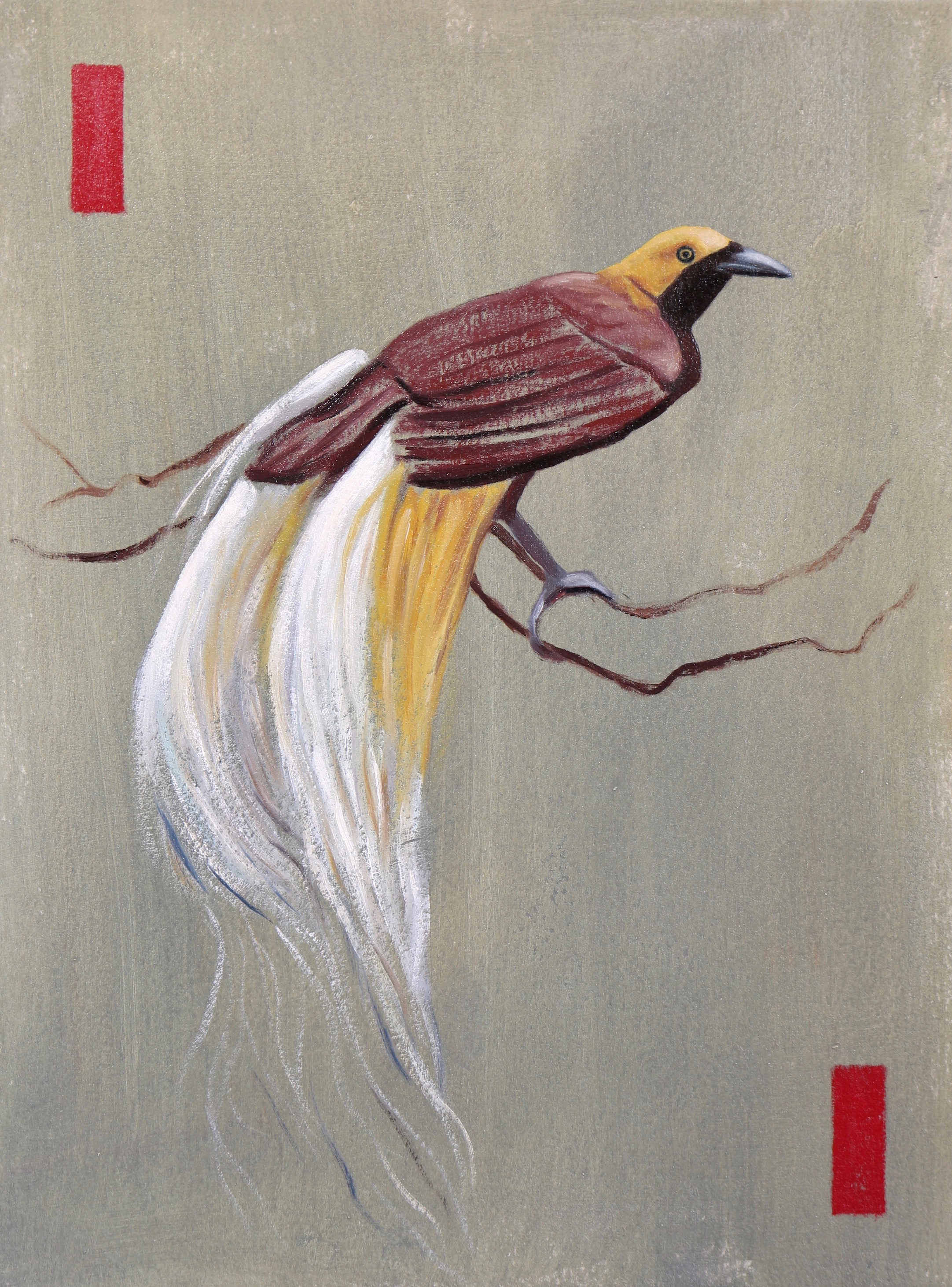 The Bird of Paradise

“A bird of paradise perches on a barely-there branch, while two red rectangles ‘anchor’ the spare composition in place. This small, pared-down painting quietly references the simplicity of Japanese prints, and strikes a balance between nature and artifice, between the real and its representation.”